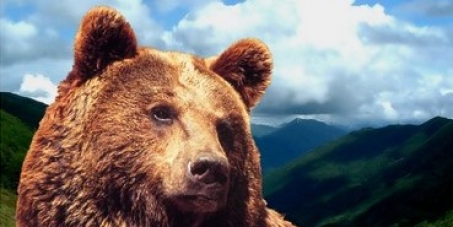 We want bears in the Pyrenees !

By continuing you agree to receive Avaaz emails. Our Privacy Policy will protect your data and explains how it can be used. You can unsubscribe at any time. If you are under 13 years of age in the USA or under 16 in the rest of the world, please get consent from a parent or guardian before proceeding.
This petition has been created by Collectif O. and may not represent the views of the Avaaz community.
x

We want an ambitious pro-active Policy in favour of bears in the Pyrenees.

There are about twenty bears in the French and Spanish Pyrenees. Such a small number of bears is not important enough to ensure the preservation of the species on this massif.

None of the two nucleuses of the population today is viable.

The central nucleus is not numerous enough ins spite of the recent reintroductions. As for the western nucleus, which is only composed of two males, it nears extinction, although it covers half of its natural Pyrenean zone.

The survival of the bear population require an ambitious pro-active policy.

We, the undersigned, ask the French and Spanish government to develop a strong and lasting action to restore a viable population of bears in the Pyrenees, through conservation and reintroduction plans, all concerted and harmonised in favour of this species including :

- New reintroductions for both nucleuses of bear populations ;

- A reinforced legal protection of brown bears in France and Spain ;

- An improved protection of the habitats for bears in France and Spain ;

- A pro-active policy to enhance the status of this natural heritage for local populations.

Today: Collectif O. is counting on you

Collectif O. needs your help with "We want bears in the Pyrenees !". Join Collectif O. and 26,156 supporters today