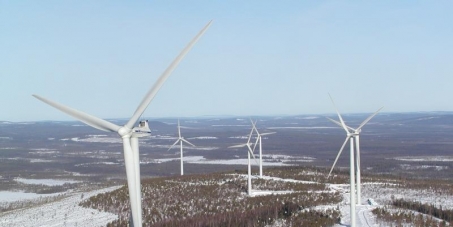 By continuing you agree to receive Avaaz emails. Our Privacy Policy will protect your data and explains how it can be used. You can unsubscribe at any time. If you are under 13 years of age in the USA or under 16 in the rest of the world, please get consent from a parent or guardian before proceeding.
This petition has been created by Lena U. and may not represent the views of the Avaaz community.
x

Sign this petition
Lena U.
started this petition to
European Commissioner for Energy, Günther Oettinger, European Environment Commissioner Janez Potočnik, European Commissioner for Health and Consumer Policy John Dalli
Recently, there has been a lot of activity in Europe around the planning and building of large, modern-type wind turbines. We see wind energy as an important contributor to green energy, and we are in favor of exploiting wind energy as well as other kinds of green energy sources for Europe's energy demands. However, new academic research performed in the USA and in Denmark has shown that the noise from modern, giant wind turbines contains a larger fraction of low-frequency noise and infrasound than the noise from older, smaller wind turbines. These infrasonic vibrations, which are not audible, trigger symptoms related to vestibular dysregulation in the inner ear and lead to sleep disturbance, headache, tinnitus, ear pressure, dizziness, vertigo, nausea, visual blurring, tachycardia, irritability, problems with concentration and memory, and panic episodes. All these symptoms are summarized in the term Wind Turbine Syndrome (WTS). As research in the USA and New Zealand shows, WTS is mainly experienced by those who live within 2 km from giant wind turbines: http://www.windturbinesyndrome.com/wind-turbine-syndrome/what-is-wind-turbine-syndrome/
Because of these phenomena, which are not yet widely known, and for the sake of safeguarding European citizens' health, we urge decision makers in the European Union to take immediate steps to stop the construction of giant wind turbines closer than 2 km from human settlements, and to make laws that explicitly forbid constructing giant wind turbines with an effect exceeding 2 MW nearer than 2 km from people's houses and workplaces.
Report this as inappropriate
There was an error when submitting your files and/or report.
Inaccurate Inappropriate language Hate speech Illegal Commercial/spam Offensive
×

Today: Lena U. is counting on you

Lena U. needs your help with "Place giant wind turbines at least 2 km from human settlements!". Join Lena U. and 789 supporters today