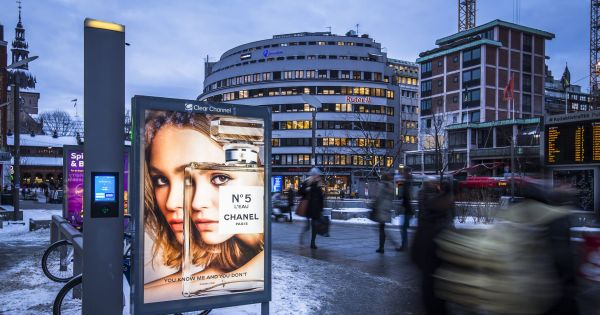 By continuing you agree to receive Avaaz emails. Our Privacy Policy will protect your data and explains how it can be used. You can unsubscribe at any time. If you are under 13 years of age in the USA or under 16 in the rest of the world, please get consent from a parent or guardian before proceeding.
This petition has been created by Subvertising N. and may not represent the views of the Avaaz community.
x

Sign this petition
Subvertising N.
started this petition to
Planning and Building Authority for Oslo (Plan- og bygningsetaten)
Subvertising Norway is a non-profit network of artists, activists and environmentalists raising awareness about who has the power to communicate messages and create meaning in public space.

We are calling on the Planning and Building Authority (Plan- og bygningsetaten) to review Oslo´s Signage and Advertising Plan (Skilt og reklameplan for Oslo) in light of public concerns regarding the negative effects of outdoor advertising.

The current Signage and Advertising Plan for Oslo was published in 2013 and should be reviewed on this principle alone.

Furthermore, the advancement of the global climate crisis and critical understanding of the intimate relationship between advertising, consumerism and widespread ecological breakdown has necessitated a more rigorous and democratic approach to the regulation of outdoor advertising on a public health basis.
In light of these facts we are calling on the Planning and Building Authority for Oslo to incorporate the following measures into an updated Signage and Advertising Plan:

Please show your support by signing and sharing this petition.

Thank you
Subvertising Norway
Report this as inappropriate
There was an error when submitting your files and/or report.
Inaccurate Inappropriate language Hate speech Illegal Commercial/spam Offensive