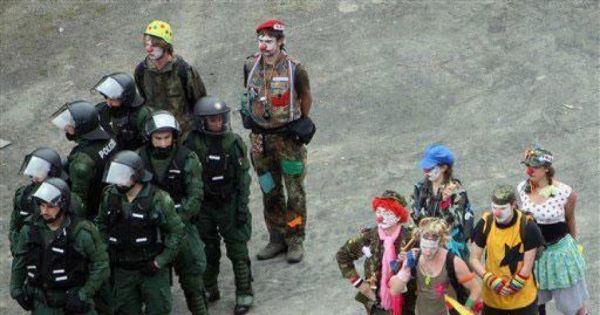 By continuing you agree to receive Avaaz emails. Our Privacy Policy will protect your data and explains how it can be used. You can unsubscribe at any time. If you are under 13 years of age in the USA or under 16 in the rest of the world, please get consent from a parent or guardian before proceeding.
This petition has been created by Tre R. and may not represent the views of the Avaaz community.
x

Justice System Reform List by Bill Allyn
America has a serious, institutionalized, systemic law enforcement problem. Over the last 4 decades, our law enforcement has become increasingly militarized, putting every citizen at risk of being shot and killed for nothing more than reaching for their wallet, as instructed, or less. This may increase safety for police officers (debatable, in the long run), but at the expense of making American citizens far less safe, which is the exact opposite of the goals of law enforcement. We need to create systems that bring back accountability within every level of the justice system.
Nationally, we need to:
1. Create citizen oversight committees with powers of subpoena and prosecutorial discretion for every law enforcement agency in the country. A special independent prosecutor must be assigned immediately for officer-involved shootings. Committee members should be randomly selected and replaced often, like grand jurors, to avoid corruption.
2. Require law enforcement officers to be personally insured to protect taxpayers from lawsuits. Too risky for insurance? No insurance, no badge. Insurance could be partially publicly subsidized.
3. Require every law enforcement officer to wear a camera. No camera, no gun. Also, implement GPS tracking on all police cars and cameras.
4. Require yearly psyche tests and polygraph tests to screen out potentially abusive officers.
5. Require random drug and steroid tests.
6. All police agencies must keep a database of every officer-caused civilian injury, shooting or killing, and that data must be periodically transmitted to a third-party, non-biased national database.
7. Any officer involved in a shooting must be alcohol and drug tested immediately.
8. Officers should be made aware of studies on abuse of power, such as the Stanford Prison Experiment and the Milgram experiment on obedience to authority figures. Ensure there are clear policies on use of force.
9. More training to deal with mentally ill, or a mental illness crisis unit. More training and encouragement to use peacemaking, conflict resolution, and de-escalation skills. Increase educational requirements, focusing on psychology, sociology, and social work.
10. Create a special number (third party, independent of police) to report police brutality. Victims of police brutality and the families of police shootings should immediately be appointed an attorney to represent their position/case.
11. Create national database of abusive officers, so they don’t just get hired elsewhere.
12. Reverse militarization of police forces. Take away military weapons, APC's, uniforms, and especially the attitude. Police officers are civilians, not a branch of the military. Require at least 5 years between active duty military and civilian police employment. Keep SWAT/military weapons and equipment under lock and key only to be used in genuine emergencies. Quit viewing the community you police as a “war zone”.
13. Prohibit television shows that glorify bad, illegal, or unconstitutional policing, such as “Cops”. Glorifying these behaviors creates a dangerous situation for American citizens and should not be tolerated.
14. Increase community outreach. Hire officers from the community. Officers need to be more in touch with the people they are sworn to protect.
15. End no-knock raids. It is perfectly legal for a home owner to respond to a break in with gun in hand, which gets them killed when the police are the intruders. This makes it unreasonably dangerous on citizens, especially when cops often go to the wrong address.
16. Reform forfeiture laws to protect citizens’ property rights and due process. No forfeiture proceedings until after conviction. All forfeiture proceeds go directly to the victims of police brutality and the families of police shootings.
17. End drug prohibition/war on drugs. Use harm reduction strategies.
18. End private prison industry.
19. Create a national organization dedicated to these ideals.
https://www.youtube.com/watch?t=3&v=7waDw62b7j4
"To understand why our nation’s police departments are riddled with lawsuits one need look no further than the hiring process. Character traits such as a short temper, rush to judgment and lack of empathy are not learned AFTER being hired. They were there the whole time but nobody bothered to look for them. Until we get serious about hiring the RIGHT people for this job we will continue to see police abuse our citizens’ constitutional rights. It’s up to us to push for positive change in our law enforcement agencies."
Mark Bowers, 10-year law enforcement veteran
http://www.policeprocedure.net/police-employment-why-we-need-to-change-our-standards/

"Police can be improved. Here’s how: overcome the obstacles, select the best and brightest to serve, listen to what they and the community have to say, train and lead them collaboratively and respectfully, continuously improve all systems of work, honestly survey “citizen-customers,” evaluate progress, and work to sustain the effort."
"It’s about time we in America started thinking about what’s happening to our nation’s police and do something about it. If you’re white, middle class and don’t drive a car, the likelihood of meeting police face-to-face is slim. But when you do, or your children are confronted, don’t you expect police to be law-abiding, well-trained, restrained, respectful? If we don’t do something soon, there is more at stake than losing our dignity."
Chief Couper, chief of police in Madison, WI
http://improvingpolice.wordpress.com/2013/03/31/is-improving-police-an-impossible-task/