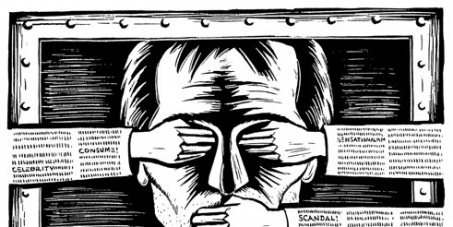 This petition is closed
50 Supporters
Karabekir A.
started this petition to
President Abdullah Gül of Turkey
On the evening of 5 February 2014, the Turkish parliament voted into law a series of measures that will tighten government control over the Internet, give it unrestricted access to users’ online activities, and increase its ability to block online content arbitrarily, without a court order. Parliament passed the measures without any broader consultation or sufficient expert input.

The law comes on the heels of countrywide anti-government protests in 2013 and amidst a high profile corruption scandal implicating senior government figures, much of which has been playing out online. The new legislation would severely restrict the dissemination of information, which the government deems to be against its interests. The Turkish Prime Minister, Recep Tayyip Erdogan, expressed his contempt for social media on a number of occasions, calling networking sites such as Twitter and Facebook "the worst menace to society" at the height of last year's protests.

Turkey already has a restrictive Internet law (no. 5651), which allows for the wholesale blocking of Internet sites, including YouTube and Google sites, in an unlawful manner. Website blocking under the law resulted in a 2012 ruling by the European Court of Human Rights (Ahmet Yıldırım v. Turkey) that Turkey had violated its obligations under the European Convention on Human Rights to respect freedom of expression.

The latest amendments allow the Telecommunications Directorate, a body controlled by the government, to pinpoint and order the removal of particular content (URLs) when there is a complaint that a posting violates privacy. The new law justifies new blocking measures as a move to “protect the family, children, and youth from items on the Internet that encourage drug addiction, sexual abuse, and suicide.” But its wide scope in some cases permits the Telecommunications Directorate to block content without a court order or the clear possibility of judicial review, raising concerns that the law extends the possibilities for government censorship.

The new law also extends data retention requirements to “hosting providers” – certain Internet companies, forcing them to collect and retain information about Internet users for up to two years. Internet companies are required to hand this information over to the government upon request, with uncertain protections for the right to privacy.

If the law takes effect, it would place Turkey, a European Union candidate country widely praised previously for its democratising reforms, among the most illiberal states in the world when it comes to the freedom of information and right to privacy .

There is still a chance to stop the legislation. The bill will come before President Gül, who has to approve it to make it into law. Gül has often spoken about the importance of protecting civil liberties and demonstrated his sensitivity towards public opinion and Turkey's international image. A domestic and international outcry could convince him to take a public stance against this latest attack on civil liberties in Turkey.

The message that will be passed on to the President is as follows:


"As concerned citizens and friends of Turkey, we urge you to veto the new internet legislation approved by the parliament on 5 February 2014. If it comes into effect, the new legislation, which Reporters Without Borders has called "a disaster" for online freedom and Human Rights Watch declared "another step toward eroding free speech and the right to privacy", will turn Turkey into one of the world's worst offenders of the freedom of information, take the country further away from its democratisation goal and contribute to its existing socio-political tensions. You have repeatedly expressed your support for the protection of democratic rights and liberties in Turkey. Now we ask you to stand by your statements and prevent this legislation from becoming law."