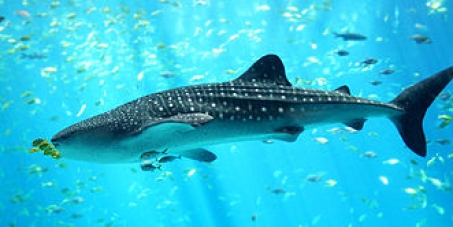 By continuing you agree to receive Avaaz emails. Our Privacy Policy will protect your data and explains how it can be used. You can unsubscribe at any time. If you are under 13 years of age in the USA or under 16 in the rest of the world, please get consent from a parent or guardian before proceeding.
This petition has been created by The S. and may not represent the views of the Avaaz community.
x

Here's a message from the petition organizer, Anusha Solai, aged 10, who lives and goes to school in US.

100 million sharks are killed each year for their fins i.e. 11000 sharks are killed every hour just for the fins. Shark finning is the biggest reason for the decreasing shark population around the world. It is the most heinous crime and illegal. Our fears, ignorance and lack of interest are some of sharks worst enemies….and that needs to be removed. These are the 2 issues to be addressed.

Sharks are on threat and everybody should be aware of this.
Awareness starting from school is the best way to spread out this information. Education starts from lower level and educating the school kids is the best way to do this. Sharks should not be feared they should be protected and not killed. Every Kid can make a difference and bring a change.

Sharks have been around since 64 million years ago, long before the time the dinosaurs existed. The dinosaurs are extinct. Like the dinosaurs, Sharks too will soon become extinct.
You may fear them, but we need to be a lot more afraid of losing sharks altogether.
It is us who are responsible for making them endangered or extinct. Yes, if we don’t act now and spread the awareness amongst every single person then very soon this massive creature will be another history.

One pound of dried shark fins can retail for $300. Only 3500 great white sharks are known to exist as of today.

We must do something. It’s our responsibility. I want you to sign this petition. I want to raise this awareness by bringing education amongst the school kids. I believe that education is the only way to address the root causes of many pressing animal welfare and conservation challenges. This change is in our hands for our future generations who want to witness seeing sharks.