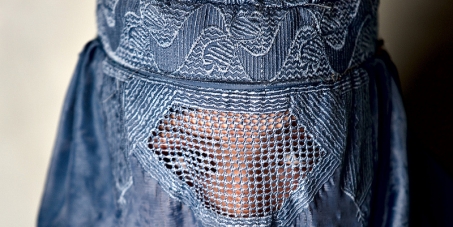 By continuing you agree to receive Avaaz emails. Our Privacy Policy will protect your data and explains how it can be used. You can unsubscribe at any time. If you are under 13 years of age in the USA or under 16 in the rest of the world, please get consent from a parent or guardian before proceeding.
This petition has been created by Julia W. and may not represent the views of the Avaaz community.
x

Sign this petition
Julia W.
started this petition to
President Hamid Karzai of Afghanistan
Afghanistan may pass a new law to silence victims of gender-based, domestic violence, by not allowing family members to the accused to testify against him. As the majority of cases of violence against women occur within the family, this new law would allow men to beat, rape and sell their wives and other female members of the household, without the risk of judicial punishment.

The bill is now in the hands of President Hamid Karzai, who we urge to not sign the new criminal procedure code.

This new law will make it close to impossible to protect women and girls from domestic abuse, forced marriage, and honour killings.

Together, we can ensure that President Hamid Karzai does not sign the bill, and acts quickly to ensure that the goals that have been set to eliminate and criminalize violence against women in Afghanistan are pushed forward.

Let's support the many organizations doing amazing things for women and girls in Afghanistan!

Today: Julia W. is counting on you