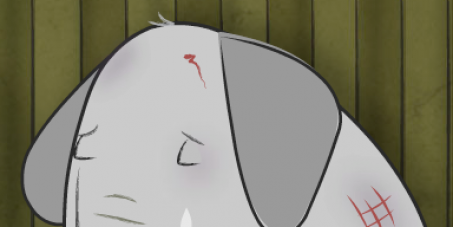 By continuing you agree to receive Avaaz emails. Our Privacy Policy will protect your data and explains how it can be used. You can unsubscribe at any time.
This petition has been created by Animal Rights Club - N. and may not represent the views of the Avaaz community.

For the past eleven years, Nepal has been hosting elephant festival that includes “The Elephant Games”.

The games feature trained elephants playing human sports, like soccer and racing. Elephants are forced to run in the competition and if they don't obey then they are beaten with sickle and bull hooks. The elephants are also subjected to a beauty pageant where their toes and other body parts are painted with toxic paints. But, being an aware citizen or a responsible tourist, it is our duty to raise voice against such activities. Action must be taken to spare these endangered animals from being used as toys for human entertainment.

The annual December festival is the attempt of Nepal to promote tourism and conservation awareness of endangered Asian elephants but if we see nicely then this has been only an attempt to promote tourism. Elephants are an endangered species in Nepal, and they are facing severe habitat loss and such competition has made the problem more deeper. These games do not promote any kind of conservation for their environment and within the next four years the organizer committee hope to build a stadium designed specifically to house the elephant games. If they succeed to build such stadium then it will be one of the most shameful and selfish step in the name of conservation.

These games are unethical to the elephant species. The animals are subjected to ridicule and forced to perform human acts so that people can be entertained. Attending an elephant game is no different than going to a circus. Endangered species should not be subjected to such types of forceful entertainment. They should be in their natural habitats, and we should do whatever possible to protect them.

The people of Nepal need to realize that forcing elephants to perform ridiculous acts is not going to help conservation efforts. So, we need to work on other alternatives for the conservation.

Why to sign the petition?
Annual elephant games are unethical. Having endangered species perform and compete in human events is no way to help any conservation efforts. Your idea to conserve the endangered Asian elephants by building the stadium within 4 years will be one of the most selfish and shameful step in the name of conservation. Every elephant left in Nepal is a gift, and making them prance around to be judged is no way to honor them.

Their habitat is constantly being destroyed, which is one reason why they are endangered. If you are really conscious about conserving endangered Asian elephants then you can help them by establishing a park where they can have natural environment. You can succeed in conservation efforts by actually conserving land for these animals to live.

We are aware about the abuse of endangered Asian Elephants. Thus, we need to conserve them. So, we, the aware citizen and responsible tourist, petition you to end these games.

1) Organizer changed the name from "10th International Elephant Race" to "10th Chitwan Elephant Festival" in order to get rid of international pressure.

2) Use of toxic paint in the skin of Government elephants were banned but still, private elephants uses toxic paint.

3) Elephant race track was reduced by half (150/300 meters) where elephants do not have to take a 180 degree turn and run to win the race.

5) Elephants were given holiday on one particular day of festival where they do not had to do safari and also invited for elephant picnic.

6) "If such activities are being extremely cruel and abusive to wildlife then, it should be stopped. But activities like beauty pageant and elephant picnic should be given more emphasis.", said Forest and Soil Conservation Minister, Mahesh Acharya. (According to the news published on 'Chitwan Post Daily' on December 27)

7) Many news media covered the issue of the campaign by animal rights campaigners to end abusing elephants in this festival.

8) Elephant festival organizer committee changed the name of Elephant Race to Elephant Fast Walk to escape from pressure of animal rights group. (Actually, it was just a change in name but all activities were same)

9) A joint press against elephant race was released by Animal Rights Club (ARC) on December 17 collaborating with various like-minded people from different background like veterinary, journalists and other stakeholders.

10) Discussion program on "Elephant Welfare Issues and Vet Concerns" was organized on December 25 by an organization of veterinary students, 'One Health Nepal' where problem regarding elephant race was discussed and youth showed a huge support for the campaign.

Today: Animal Rights Club - N. is counting on you