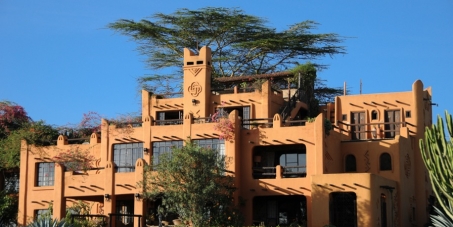 Victory
This petition is closed
50 Supporters
Bonzi P.
started this petition to
President of Kenya

PETITION TO SAVE THE AFRICAN HERITAGE HOUSE FROM DEMOLITION

During the l980’s, his house in Muthaiga was demolished and the land upon which the house stood grabbed by unscrupulous politicians, high and mighty in the government of the day. A few years before, Murumbi had sold the said house in Muthaiga with some of his vast collections of books and art to the Kenyan government to be an Institute of African Studies. UNESCO agreed to fund a hostel, a library and a kitchen at the house. Murumbi then moved with his wife, Sheila, to his native Maasailand, where he built another stunning house. After a fall in his bathroom, he was evacuated to Nairobi. It was then he heard that his house had been torn down and his collections moved out. He went to the house to investigate the matter. From his wheelchair he peered through the gates of his former home and saw that his beautiful indigenous trees had been felled for developers to build houses for those who took the land. A short time later he suffered a final stroke and died. Joseph Murumbi was, arguably, Africa’s greatest art collector, along with his American-Kenyan friend, Alan Donovan, who were co-founders of African Heritage, Africa’s first Pan African gallery.

In l994, Alan Donovan completed the African Heritage House overlooking the Nairobi National Park, which is described by the prestigious Architectural Digest as "an architecture rising from the sere Kenyan plain like an outcropping of earth, a vision of usefulness informed by the African genius for decoration." The house is a combination of the indigenous mud architectures from across Africa. It has been described as ‘Africa’s most photographed house.’ This architectural masterpiece hosts art collections from all over Africa spanning 50 years. Some of the collections are rare pieces whose value aptly stands as invaluable. This House therefore remains of immeasurable cultural value to all Africans, and indeed the whole human race. It is in the process of being made an Advanced African Studies Centre as a tribute to the late Murumbi.

The African Heritage House is under the threat of being demolished!

The House stands to be demolished on the excuse that the Standard Gauge Railway would need to pull it down to use the land for construction. However, that view stands to be challenged on several grounds;

1. The present railway was built in l889, fifty years before the Nairobi National Park came into existence which used the railway line as its border. As there were no blasting materials at the time, the Railway line meanders around stone outcrops. The SG railway should stay on the railway reserve but it needs to straighten the old colonial line for the 21st century train and should be allowed to do so.

2. The SG railway can be built on a platform so that wild animals can pass freely below it. This would not require any additional land, just a leeway to pass through park land as is already being planned through Tsavo National Park by the same SG railway.

3. The families living along the border of the Nairobi National Park have all occupied these lands for over 40 years. These borderlands provide a bulwark to protect the park from unwanted structures, poaching, sewage, lights and noise. To take these lands would not only be an environmental disaster but would cost taxpayers huge amounts for compensation. Whereas if the SG railway remains on the present railway route the costs for construction, including the platforms, would be paid by the contractor, not the public.

4. The existing route would provide passengers with sweeping views of the park, as well as preserve the borderlands along the park for other uses that are compatible with the Nairobi National Park.

With this in mind, we ask that fellow Kenyans, Africans and citizens of the world to join us in signing this petition to prevent the African Heritage House from being demolished whereby history would repeat itself and the house will meet the same fate as the Murumbi houses!