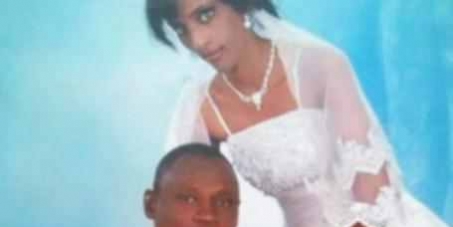 By continuing you agree to receive Avaaz emails. Our Privacy Policy will protect your data and explains how it can be used. You can unsubscribe at any time. If you are under 13 years of age in the USA or under 16 in the rest of the world, please get consent from a parent or guardian before proceeding.
This petition has been created by Mohamed S. and may not represent the views of the Avaaz community.
x

A month ago, Meriam Ibrahim was looking forward to the birth of her new baby with her husband Daniel. Last week, as she delivered little Maya, her legs were in shackles in a Sudanese jail, and she was awaiting execution. Her only ‘crime’ was to be a Christian whose father was Muslim - but if enough of us act, we can give her the precious chance to watch Maya grow up.


Meriam’s death sentence for apostasy has sent shockwaves around the world. A Sudanese government official has suggested that Meriam could be released, but others say her fate will rest with appeal judges. Only a truly global outcry will cut through the confusion and persuade the Sudanese government overturn this brutal ruling.


As the leader of a Sudanese NGO in Khartoum, I have contacts in the top levels of government, and if enough us sign this petition, I will deliver it to President Omar Bashir in person. But first let's make it massive, so the President feels the world’s outrage and uses his power to release Meriam immediately.

Today: Mohamed S. is counting on you