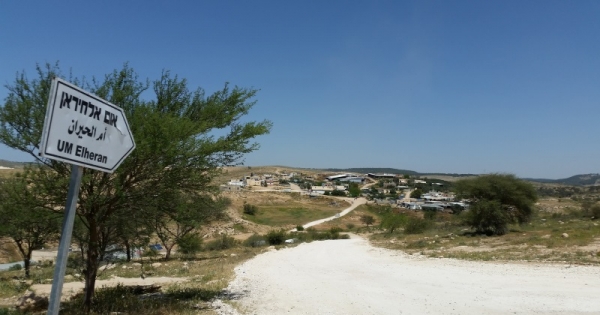 By continuing you agree to receive Avaaz emails. Our Privacy Policy will protect your data and explains how it can be used. You can unsubscribe at any time. If you are under 13 years of age in the USA or under 16 in the rest of the world, please get consent from a parent or guardian before proceeding.
This petition has been created by Cindy K. and may not represent the views of the Avaaz community.
x

In 1949, Israel evicted the Bedouin tribe Abu Al Qi'an from its lands in Wadi Zabbālih in the northern Negev. In 1956, the Israeli government settled the tribe in Umm Al Hiran and Atir in the north‐east region of the Negev. However, the government never granted these localities official recognition. Now, more than sixty years later, the government of Israel has ruled to evict its Bedouin citizens from Umm Al Hiran and settle Jewish citizens there instead, in a new Jewish town be called "Hiran." Please sign the below petition, addressed to Israel's Prime Minister Binyamin Netanyahu, calling upon him to prevent this outrage of evicting Bedouin citizens in order to settle Jewish citizens in their place.

Following the grave events and home demolitions of January 18, 2017 in the Bedouin village of Umm Al Hiran, the Israeli authorities have now issued demolition orders to additional homes in the village. We demand these home demolitions in Umm Al Hiran be halted, the entire plan to demolish the village and expel its residents be immediately canceled, and the master‐plan for the new town of “Hiran” to be changed so that Umm al Hiran may remain standing. The Negev is vast and has room enough for all. There is no reason to demolish a Bedouin village and build a Jewish‐only town in its rubble. Hiran and Umm Al Hiran can exist side by side. In view of the events of recent months whereby two individuals were killed and dozens made homeless, we demand the authorities stop and reconsider its plan of action. Umm Al Hiran must be recognized in its present location and permitted to develop as any other village would — all within proximity to the planned town of Hiran. There is no other just solution&excl

Today: Cindy K. is counting on you