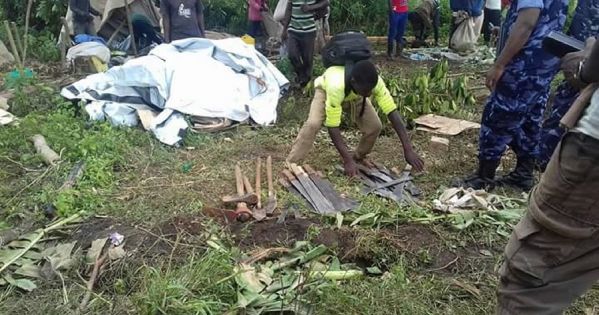 By continuing you agree to receive Avaaz emails. Our Privacy Policy will protect your data and explains how it can be used. You can unsubscribe at any time. If you are under 13 years of age in the USA or under 16 in the rest of the world, please get consent from a parent or guardian before proceeding.
This petition has been created by Witness R. and may not represent the views of the Avaaz community.
x

Since October 2018, 28 victims – including land rights defenders – from Mubende district in Uganda have been illegally detained, arraigned and remanded without trial in prisons outside their jurisdiction. Their charge, they are opposed to land grabbing in their community.

On August 18, 2001, the Ugandan army violently expelled over 400 local peasant families - 2,041 inhabitants - from their land in Mubende district in the villages of Kitemba, Luwunga, Kijunga and Kiryamakobe. By way of these forced evictions, the Kaweeri Coffee Plantation Ltd., a subsidiary of the German Neumann Kaffee Gruppe, erected its first large-scale coffee plantation in Uganda, the largest of its kind in East Africa.

The evictees formed an association, ‘Wake Up and Fight for your Rights’, and have tried unsuccessfully ever since to gain some justice and compensation for their losses. A large number of the displaced families were forced to migrate to other parts of Mubende in search of lands where they could re-establish some small-scale farming. Many resettled on a 323-ha area of land covering the villages of Kambuye, Kikono, Kyabaana, Kanseera and Lwensanga.

Late in 2018, a Ugandan businessman named George Kaweesi started coming to the area. He told the resettled families and other local villagers that he met that he owned the lands they were living on. Many of the villagers had occupied this land for generations and had large farms of coffee and eucalyptus trees. But with no reasonable compensation offered, Kaweesi ordered them to immediately vacate ‘his’ land.

Since then, Kaweesi and his gang have meted violence on the residents of the area, causing massive loss of property, including land for agriculture. Lawyers who have been working on the case are being threatened and residents are living in daily fear.

Sign the petition to release the 28 people and stop Kaweesi from being a nuisance in the community.