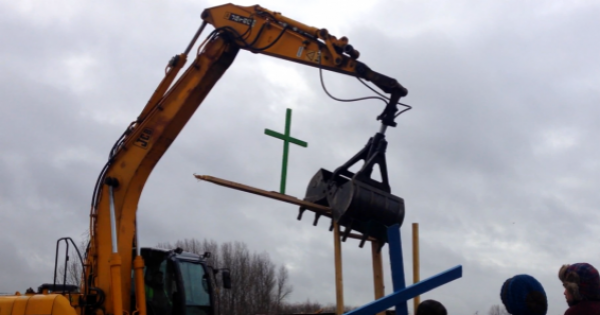 By continuing you agree to receive Avaaz emails. Our Privacy Policy will protect your data and explains how it can be used. You can unsubscribe at any time. If you are under 13 years of age in the USA or under 16 in the rest of the world, please get consent from a parent or guardian before proceeding.
This petition has been created by Catherine K. and may not represent the views of the Avaaz community.
x

Sign this petition
Catherine K.
started this petition to
Prime Minister Valls, Minister of Interior Cazeneuve, Prefect Buccio
However difficult the
living conditions are in it, the “Jungle” of Calais is home for 5000 refugees,
the only home they have. Destroying it is not only inhumane and cruel toward
people who have already lost everything in their own countries, but it is also
illegal, according to Article 8 of the European Convention on Human Rights,
which protects the fundamental rights of every person to a home, and a private
and family life. However, in January 2016, the French government already leveled
a 100m band around the perimeter of the jungle, bulldozing mercilessly hundreds
of homes. Over 1300 people had to be relocated, before an eviction notice was
even put up.  Moreover, on Feb 1, a church and a mosque were also
destroyed with no advance notice whatsoever, and this after the government had
promised to leave the places of worship intact. According to article 9 of the
European Convention on Human Rights, which protects people’s right to worship,
no such place can be destroyed.

The Jungle of Calais is
comprised of more than 2000 homes, 2 schools, a women's center, a youth center,
a library, numerous meeting areas and several places of worship, including a
large Christian church. We, European citizens united with all refugees demand
that the French government stop the further destruction of this jungle. The
refugees had no choice but to build these living places themselves since the French
government forced them, in April 2015, to move to this barren piece of land
with no amenities whatsoever. They did this with much hard work and resourcefulness
and with the contributions of donors from many countries. We cannot accept the
destruction of thousands of homes until a truly welcoming solution is found for
ALL refugees living there, one which will allow them to ask for asylum in the
country of their choice and will treat their request with both care and
effectiveness so they can rapidly become productive citizens and contribute
their many skills to our society.
Refugees of a war-torn world deserve a decent welcome! If you agree, please sign this petition and share widely.

Today: Catherine K. is counting on you