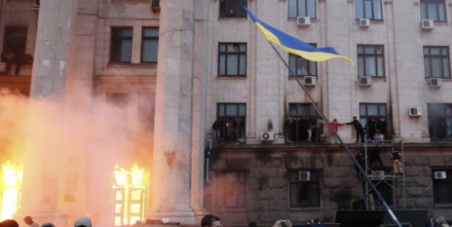 Prime Minister of Canada Stephen Harper : From Ukrainian-Russian Canadian On The Current Situation in Ukraine

By continuing you agree to receive Avaaz emails. Our Privacy Policy will protect your data and explains how it can be used. You can unsubscribe at any time. If you are under 13 years of age in the USA or under 16 in the rest of the world, please get consent from a parent or guardian before proceeding.
This petition has been created by Elena M. and may not represent the views of the Avaaz community.
x

We are concerned about the Canadian Government’s position and polices on the current situation in the Ukraine.

These have been one-sided, politicized, and inflammatory. Prime Minister Harper has given his unqualified support for a government that is illegal and unrepresentative, and which came to power as the result of an uprising against a duly elected government which involved the occupation of government buildings, the throwing of Molotov cocktails, violence, and intimidation. This government incorporates a significant number of neo-nationalist, extreme Rightist organizations and individuals. Its first action was the suppression of language rights, and the radical re-orientation of the country in a direction not supported by the great majority in large parts of the country.

Nor has this government adhered to its side of the Geneva Agreement, signed in April 2014, which required all government buildings occupied by dissidents to be evacuated: members of Rightists groups continue to occupy government buildings in Kiev, and no action is taken against them. However, the government has moved with violence against dissidents in the eastern Ukraine, and permitted provocative, pro-Fascist marches to take place in other parts of the country. Yet the Canadian Government has maintained its unqualified support of the Ukrainian government and its actions.

Furthermore, the Canadian government has sent fighter jets into Eastern Europe under the UN banner. We regard this as an unacceptable provocation, and an action that will only serve to increase tensions in the region. No NATO country is involved in the situation is the Ukraine, nor is any member of NATO threatened by the situation there. We call for the disengagement of Canadian jet fighters immediately. Canada’s traditional international role has always been that of peacemaker and peacekeeper. In view of this traditional role, we are gravely disappointed at these actions. Why has Canada’s traditional role changed?

The latest incident in which a large number of people were people were shot and burned to death under suspicious circumstance in Odessa has only heightened our fears, and contributed to our lack of confidence in our own Government’s actions.

This week, Prime Minister Harper told the Supreme Commander of NATO that Russia is invading Ukraine “in slow motion”, but offered no proof whatsoever. It is clear that the escalating violence in the Ukraine is the result of the Kiev government’s actions against its own people in the south and east of the country, while allowing illegal occupation of government buildings in Kiev to continue. This is a two-fold contravention of the Geneva agreement.

We urge the Canadian Government to reconsider its positions with respect to the situation in the Ukraine, and to act in a more equitable and neutral fashion.