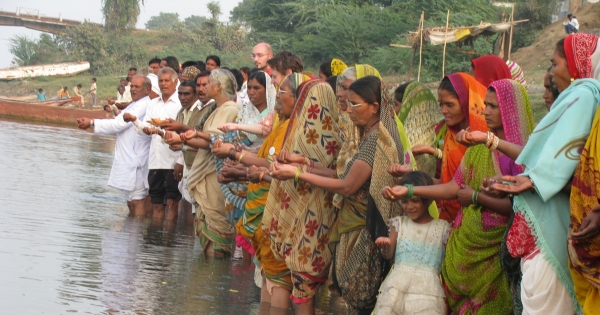 Prime Minister of India: 40,000 families are at stake. Do not close gates of SSP Dam.

By continuing you agree to receive Avaaz emails. Our Privacy Policy will protect your data and explains how it can be used. You can unsubscribe at any time.
This petition has been created by suresh and may not represent the views of the Avaaz community.

Sign this petition
suresh
started this petition to
Prime Minister of India
We write to you with extreme concern for the people of the Narmada Valley who stand to lose their homes, land and livelihoods due to submergence by the Sardar Sarovar Dam. For thirty years they have nonviolently raised questions of displacement, rehabilitation and democracy in development planning. They have led the world in understanding the impacts of large dams on society and the environment and in developing alternatives.

Now, with the monsoon approaching, 40,000 families are faced with the threat of submergence. And just like many thousands before, these families, living in the submergence zone, will lose their homes, fields, villages, panchayats and towns.

Although the government has claimed that people have been rehabilitated, several fact finding commissions have found these claims to be false.

The Madhya Pradesh High Court constituted a Commission of Enquiry under Justice S S Jha, which submitted its report after nearly 7 years of detailed hearings into cases of corruption involving influential people. The government refuses to release the report.

Four retired High Court Justices visited the villages in September 2015 as part of the Independent People’s Tribunal and found that the government’s claims of rehabilitation were false and expressed grave concerns at the violation of the law by the states of Madhya Pradesh, Gujarat and Maharashtra.

In a June 2016 hearing of a US Congressional Human Rights Commission, the panel took note of the Independent People’s Tribunal Report on Sardar Sarovar stating: “Forced displacement due to large-scale development projects is also a human rights violation.”

We are also concerned that in Madhya Pradesh, the government has altered the data on the backwater level and thereby kept many people out of the numbers of Project Affected People, thereby denying 15,900 families their right to rehabilitation. Such action is both unscientific and illegal. These villages that lie in the submergence zone are full of life and activity with houses, panchayats, temples, masjids, shops, markets and lakhs of trees which cannot be submerged without proper resettlement, as per the Narmada Water Dispute Tribunal and Supreme Court judgments of 1992, 2000 and 2005.

We urgently demand that all the families whose homes and lands will be submerged receive complete rehabilitation as required by law and upheld by the Supreme Court. Until rehabilitation is complete, the government must not close the gates of Sardar Sarovar Dam.