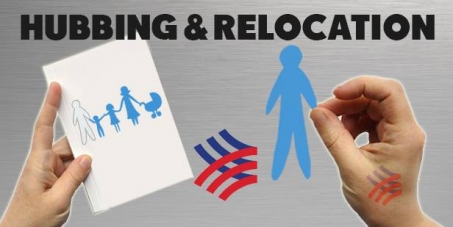 Prime Minister of Malaysia: We call on you to save the livelihood of 49 Hong Leong bank workers

By continuing you agree to receive Avaaz emails. Our Privacy Policy will protect your data and explains how it can be used. You can unsubscribe at any time. If you are under 13 years of age in the USA or under 16 in the rest of the world, please get consent from a parent or guardian before proceeding.
This petition has been created by A K. and may not represent the views of the Avaaz community.
x

Sign this petition
A K.
started this petition to
Prime Minister of Malaysia
Hong Leong Bank Bhd, the fifth leading bank in Malaysia is on a massive move to retrench workers.

The Central Bank of Malaysia has approved this Hubbing and Centralisation.

Appeals to the Chairman of the Bank who is a Singaporean earning a living in Malaysia has fallen on deaf ears.

The centralisation is done without any justifications. The only visible justification is retrenchment of the workers either with or without compensation. It is with compensation, when the workers accept the meagre sum of compensation offered by the bank. Workers who object to the relocation will be brutally terminated.

The Malaysian Government has failed to protect these workers. As a result of the Government's failure, the 49 workers risk losing their jobs.

Solution: The Union representing these workers, the National Union of Bank Employee a.k.a NUBE Malaysia is urging the Prime Minister of Malaysia, Dato Sri Mohd Najib Tun Razak to intervene to protect the citizens of Malaysia from the clutches of vicious capitalism. NUBE is call on the Prime Minister of Malaysia to intervene and direct Hong Leong bank to suspend the Hubbing and Centralisation exercise and reinstate the jobs of the 49 workers until the Industrial Court make a decision on whether the centralisation is valid and with just cause.

Today: A K. is counting on you

A K. needs your help with "Prime Minister of Malaysia: We call on you to save the livelihood of 49 Hong Leong bank workers". Join A K. and 365 supporters today