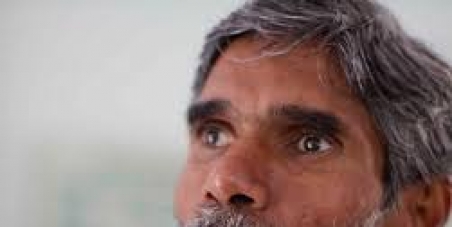 By continuing you agree to receive Avaaz emails. Our Privacy Policy will protect your data and explains how it can be used. You can unsubscribe at any time. If you are under 13 years of age in the USA or under 16 in the rest of the world, please get consent from a parent or guardian before proceeding.
This petition has been created by Highway T. and may not represent the views of the Avaaz community.
x

Sign this petition
Highway T.
started this petition to
Prime Minister of Trinidad and Tobago Honorable Kamla Persad-Bissessar
Dr Wayne Kublalsingh, a renowned Social and Environmental activist in the Caribbean, has once again embarked on a hunger strike, effective 17th September with no intake of food or water in an attempt to influence the Prime Minister to keep to her promise and conduct an Independent Quantitative Review of a disputed segment of highway whilst all works are put on hold.

The Government of Trinidad and Tobago has commenced the construction of two (2) highways in what is considered to be the Point Fortin highway project.

The Highway Reroute Movement led by Dr. Wayne Kublalsingh was promised by the Honorable Prime Minister to put on hold and review a portion of one of the two highways, known as the Debe to Mon Desir segment; a position reiterated by the Armstrong (Highway Review Committee) Report.

The Highway Reroute Movement has maintained that the disputed proposed segment will not improve transportational issues, will destroy thirteen (13) communities (350 Homes) and will result in substantial flooding on one side of the highway whilst contributing to extensive salt water intrusion on the other side. Further, is of the well-founded belief that the construction of the Debe to Mon Desir highway is not feasible and is over designed as informed by the IADP. The project has been riddled with corrupt practices from inception from the award of the construction contract to a sole bidder (Construtora OAS) and the granting of multi-million dollar contracts for the supply of illegal aggregate and trucking to financiers of the current political party.

Further, a crucial reason for the States unrelenting position for the construction of this segment of the highway is to facilitate the commencement of a Tar Sands Project in the Mon Desir / Parry Lands area, which the State has expressed intent to pursue.

The first hunger strike in November 2012, resulted in the formation of the Highway Review Committee which produced a landmark report which strongly advised the government that further studies are required before a decision to proceed with the construction of the highway is decided. The Highway Reroute Movement suggests that findings of the Highway Review Committee be considered and an Independent Quantitate Review should cover, amongst other items, the following key points of dispute / concern before a decision is made on the project:
1. Hydrology and Hydraulics
2. Economic Cost/ Benefit Analysis
3. Traffic and Transportation
4. Social Impact Assessment

Today: Highway T. is counting on you