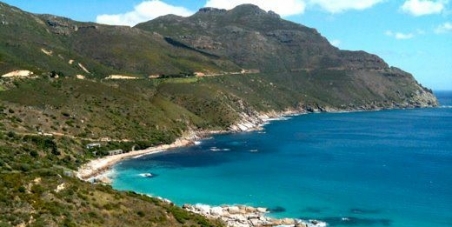 By continuing you agree to receive Avaaz emails. Our Privacy Policy will protect your data and explains how it can be used. You can unsubscribe at any time. If you are under 13 years of age in the USA or under 16 in the rest of the world, please get consent from a parent or guardian before proceeding.
This petition has been created by Gavin S. and may not represent the views of the Avaaz community.
x

Chapman’s Peak Drive (Cape Town, South Africa) is situated in the Table Mountain National Park and forms part of the Cape Floral Region Protected Areas UN World Heritage Site. 'Chappies', as it is affectionately called, in all her natural mountainous lush surroundings, gives ‘heart stopping' pleasure to all that have the opportunity to share in her raw natural beauty.

Due to occasional rocks falling on the road that provides the opportunity to appreciate the cliffs, the views and access to hikes, as well as linking the villages of Hout Bay and Noordhoek, a contract for a tolling system was introduced several years ago to pay for its upkeep to reduce rockfall incidents. The toll company now wants to build a massive over the top toll plaza in a new scenic location to replace the existing small booths and at the same time they thought they would build themselves a luxury two story office block next to it as well.

This will cost R52 million - most of which is to be paid by taxpayers and only a portion by the toll company who will then own the building in perpetuity. This building will permanently mark this otherwise natural area and is completely unnecessary.

Several groups have arisen to try and stop this desecration and have appealed to government to intervene. The DA government has decided to side with the toll company and is supporting the building.

Vehement opposition by more than 8000 petition signatories, a 2500 person strong protest march, direct engagement by many with the decision-makers, hundreds of letters to the newspapers, hundreds of print media articles, television and radio broadcasts, numerous websites and a flood of social media comments on Facebook and Twitter criticising the development, a brave hunger striker and activists handcuffing themselves to the construction site, plus the active support of internationally renowned Lewis Pugh the ‘Human Polar Bear’ an environmental campaigner/inspirational speaker/endurance swimmer have not made them stop and reconsider – which does imply a hidden agenda since many cheaper and far more environmentally friendly solutions are available for tolling this road.

This is a call for all supporters of this cause to join in solidarity and to express your outrage by signing this petition and forwarding it on.

We cannot let this natural gem also be raped by greed. It is symbolic of so many global causes where the wishes of the people are overridden by government/corporate collusion for vested interests.

It has to stop!

1. A halt to construction;

2. The introduction of electronic tolling;

3. The removal of the present toll booms and containers;

4. No toll plaza or building on Chapman’s Peak (either in the road reserve or in the TMNP/World Heritage site) ;

5. The present day pass system to remain in perpetuity.

Today: Gavin S. is counting on you