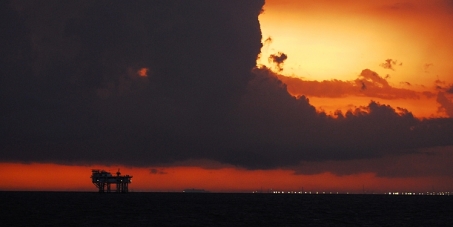 This petition is closed
50 Supporters
Oceana E.
started this petition to
The 27 European Energy Ministers and Members of the European Parliament

The oil industry should be held accountable for the damage their dirty drilling causes in Europe – but their powerful lobby is trying to water down a new European Union safety regulation for offshore oil and gas activities.

Missing or watered down elements in the new regulation could lead to disastrous consequences in the case of accidents or spills and it is critical that EU Members of Parliament and Energy Ministers stand up to the industry lobby.

Will oil companies have sufficient financial resources to cover clean-up costs?
How do we prevent conflicts of interest between regulators and operators, ensuring independence and transparency in the controls?
Will companies be held fully accountable by a strict liability regime?
What guarantees that sensitive environments such as the Arctic will remain pristine?

These are the questions that need to be tackled in the safety regulation, but that the oil industry would like unanswered.

With offshore drilling operations extending into more hazardous waters, such as in the Arctic and the deep sea, the risks are increasing even more and the potential damage a major oil spill could cause to the marine ecosystem, fisheries and coastal communities is bigger than ever before.

We depend on our oceans’ renewable resources. They must be given priority over short-term profit motives of the fossil industry.

Sign this petition and add your voices to a citizen lobby. Let EU Members of Parliament and Energy Ministers know that you will hold them accountable.

The lesson from the Gulf of Mexico disaster is that accidental spills represent too large of a risk for European coasts – don’t let the oil industry get away with weakening this crucial safety regulation.

Today: Oceana E. is counting on you