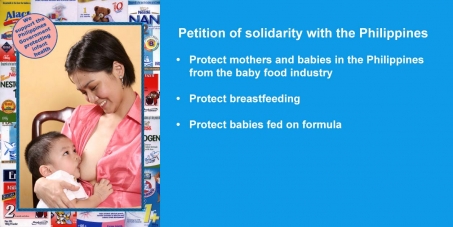 Mike B. needs your help with "Protect mothers and babies in the Philippines from the baby food industry". Join Mike B. and 3,513 supporters today