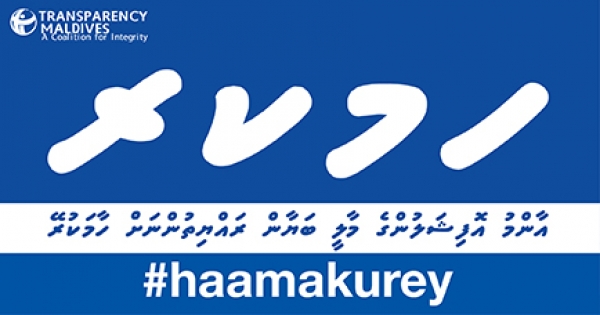 By continuing you agree to receive Avaaz emails. Our Privacy Policy will protect your data and explains how it can be used. You can unsubscribe at any time. If you are under 13 years of age in the USA or under 16 in the rest of the world, please get consent from a parent or guardian before proceeding.
This petition has been created by Transparency M. and may not represent the views of the Avaaz community.
x

Sign this petition
Transparency M.
started this petition to
Public officials of the Maldives
Asset declaration requires a certain category of public officials––also identified as “politically exposed persons” to describe individuals entrusted with prominent public functions––to disclose their financial and business interests. The principle goal of asset declaration is to combat corruption––in particular, illicit enrichment––and promote transparency and accountability of the governance system.


While this is one key weakness of the current asset declaration regime, other key weaknesses include lack of accountability and lack of transparency.

Despite the constitutional provisions that mandate some public officials to declare their assets, there are no punitive measures legally prescribed to those who violate this provision. This lack of accountability puts these public officials above the law and encourages a culture of impunity to thrive unchecked. While some officials submit the documents regularly, others do not submit at all, thus rendering the system ineffective.

Furthermore, the main objective of asset declaration is to enhance transparency and integrity of public officials and restore the trust of citizens in the government and oversight bodies. The fulfilment of this objective, however, is currently impossible since the declared information is not made available to the public. Public disclosure gives the media, civil society groups, and the wider public an increased role in holding public officials to account.