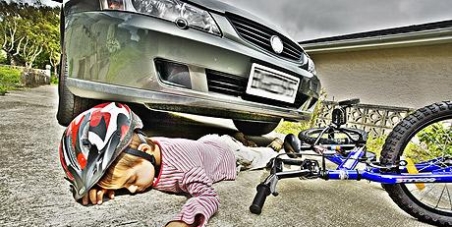 By continuing you agree to receive Avaaz emails. Our Privacy Policy will protect your data and explains how it can be used. You can unsubscribe at any time. If you are under 13 years of age in the USA or under 16 in the rest of the world, please get consent from a parent or guardian before proceeding.
This petition has been created by Sam S. and may not represent the views of the Avaaz community.
x

Physical inactivity, which can largely be attributed to the existence of cars, causes 1 in 10 deaths worldwide. [3]

Cars are the single most destructive man made objects on the planet, they threaten your life, your children’s life and your grand-children's planet. Cars are more destructive than guns, bombs, weapons, alcohol, tobacco, drugs, and all criminal activities. Furthermore the car industry is expected to have a value of 0.9 trillion USD by 2014 [4]

The point of this petition is to demand that governments implement measures to ensure everyone is aware of the devastating effects of cars on human life and the planet. In particular, we the undersigned demand that:

All private cars, when sold (old or new), must have at least 50% of their painted surface covered with graphical and textual warning signs similar to that of tobacco packaging, and the interior of the car must have clear large warnings. The only exceptions being purely electrical cars with an inbuilt speed limit of 20 mph.

Examples of such warning signs could include:

- Statistics on cars effects on global warming, physical inactivity and road traffic accidents
- Pictures of injured or dead people as a result of traffic accidents, for the most dangerous cars, like 4 x 4s, this could include children
- Dispelling of misconceptions, for example that cycling is significantly more dangerous, in fact the health benefits of cycling outweigh the risks 20 to 1 [5]

There is evidence that the warnings on tobacco products have increased awareness and helped reduce tobacco consumption [6], [7], it is obvious that warnings on cars would have the same effect.

Fundamentally the point of the warnings is to change public opinion about the existence of cars as a good thing, to change our culture and our beliefs, just as we are doing for tobacco products.