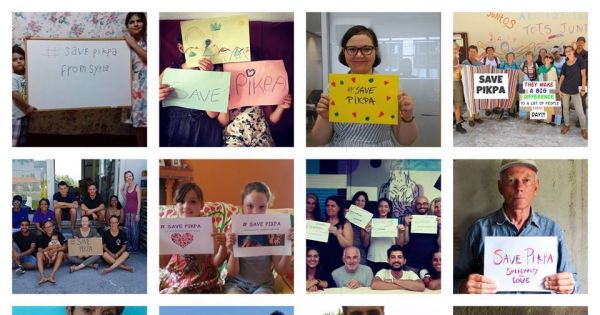 By continuing you agree to receive Avaaz emails. Our Privacy Policy will protect your data and explains how it can be used. You can unsubscribe at any time.
This petition has been created by Team P. and may not represent the views of the Avaaz community.

Sign this petition
Team P.
started this petition to
Region of North Aegean
Pikpa camp is a small, community-based camp in Lesvos under threat of closure. Since 2012 it hosts the most vulnerable refugees on the island. Pikpa has hosted more than 30,000 refugees over the years, without any financial support from the state, the European Union or UNHCR. Numerous individuals, groups and organisations are actively contributing to the open, self-organized camp of ​​Pikpa, which has been internationally recognized as a symbol of solidarity. In 2016, Efi Latsoudi received the UNHCR Refugee Nansen award on behalf of Pikpa camp.

Nevertheless, the Region of North Aegean Region has decided that Pikpa is a threat to public health and the environment and decided to close it, after a report by the Hygience Service.

While the teams that support Pikpa were once again struggling to cope with the emergency situation and provide solutions, Pikpa received a coordinated attack. For minor deficiencies - which have already been restored - the Regional Governor made a decision to close the site. At the same time, 5 hotel owners in the area, the manager of the indoors basketball court (Municipality of Mytilini) and the tennis club, start a court case against Pikpa asking for court measures for alleged lost profits for their businesses. Their arguments evolved around the rhetoric about the "danger" of refugees to the area, as well as the cultural differences that do not allow the refugees to coexist with the residents of neighbourhood.

In the Europe of today, with racism and xenophobia on the rise, it’s more important than ever to protect spaces of solidarity and coexistence. Pikpa is fighting against the EU-Turkey agreement that turn the Aegean islands into prisons. Pikpa creates human reception conditions and fights the inhuman conditions of refugees who are forced to live in camps like Moria. We call on the Region of North Aegean, the Municipality of Lesvos and the Greek government to keep Pikpa open.

Today: Team P. is counting on you