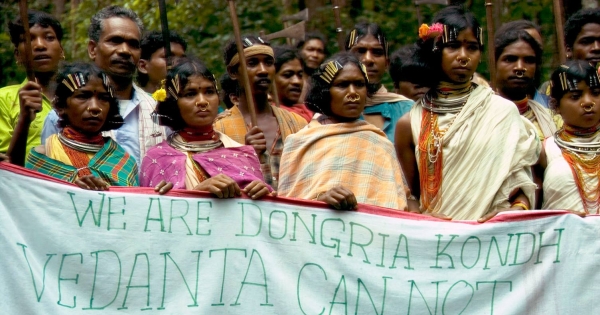 The local Police is falsely presenting him as a Maoist militia leader but they have not recovered any arms-ammunition or incriminating evidence to prove it.

The police has slapped several false cases of arson, murder, attacking forces during combing ops, etc against him and claims he was absconding. The fact that he was picked up from the Muniguda market proves that the Police is lying. It is feared that he will be put through custodial torture, made to sign false confessions implicating himself and others and forced to endorse the Vedanta project.

On 27 Feb, Mando Kadraka, a 20-year-old student and Adivasi youth activist of Niyamgiri Suraksha Samiti was murdered in cold blood in a fake encounter by the para-military.

On 28 Nov 2015, Drika Kadraka, an Adivasi leader of Niyamgiri Suraksha Samiti had committed suicide after torture by the Police. Clearly it is part of the repressive measures in Niyamgiri by the Govt. in order to terrorize the Dongria Kondh Adivasi into submission as they have strongly resisted all attempts by the Govt to give away their land, forest and water to Vedanta.
It is a conspiracy to destroy the democratic movement of the Dongria Kondh who had unanimously rejected the mining project in Gram Sabhas held in 2013 following a SC directive.

The Dongria Kondh are officially recognised as a Particularly Vulnerable Tribal Group and have a population of less than ten thousand people. To murder the youth of the community, to torture them to the point they commit suicide, and to ignore their constitutional rights can be said to be a genocidal assault on this highly marginalized community. Niyamgiri is under paramilitary occupation for more than seven years now which has created an atmosphere of immense fear in the hills. In these many years there have been numerous cases of illegal detention, abduction, and molestation of the Dongria Kondh Adivasi people by the security forces including the illegal abduction and torture of Lado Sikaka, President of the Niyamgiri Suraksha Samiti.