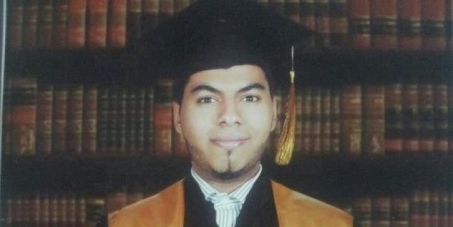 Release Jassim Al Hulaibi and other prisoners of conscience

By continuing you agree to receive Avaaz emails. Our Privacy Policy will protect your data and explains how it can be used. You can unsubscribe at any time. If you are under 13 years of age in the USA or under 16 in the rest of the world, please get consent from a parent or guardian before proceeding.
This petition has been created by Yusur U. and may not represent the views of the Avaaz community.
x

Sign this petition
Yusur U.
started this petition to
King of Bahrain , Minister of Justice and Islamic Affairs

Amongst the prisoners of conscience in Bahrain are university students who have not committed any crime. They are innocent. It’s essential to save them. One of the students is Jassim Al Hulaibi. Al Hulaibi was a student at Bahrain Teachers College. He had an excellent academic record. Instead of honoring this student for his excellent conduct and for his academic record, he is now in prison. He has been in prison since more than a year ago and was sentenced to 15 years.
It all started on March 13, 2011 when pro-democracy students protested in the university. Al Hulaibi was not with them. He was injured, and could not go to university. There are medical reports prove that.
On March 27, 2011 police raided Al Hulaibi’s home at 2 am and arbitrarily arrested him. They were beating him as they took him forcefully in the car. His family didn’t know his whereabouts for more than one month. Al Hulaibi was sentenced to 15 years in prison. The charges are: attempting murder, intimidating others, and vandalizing the university on March 13, 2011. Confessions were taken under torture. AL HULAIBI WAS NOT THERE AT UNIVERSITY ON THAT SPECIFIC DAY. He was injured as a result of a government forces attack on a peaceful protest in his neighborhood, and it would be impossible for him to leave to university or to walk with his injured leg.
Al Hulaibi is not the only student wrongly imprisoned in Bahrain. Please help us in freeing Al Hulaibi and other political prisoners.

Office of His Majesty the King

Minister of Justice and Islamic Affairs

Ministry of Justice and Islamic Affairs

Today: Yusur U. is counting on you

Yusur U. needs your help with "Release Jassim Al Hulaibi and other prisoners of conscience". Join Yusur U. and 205 supporters today