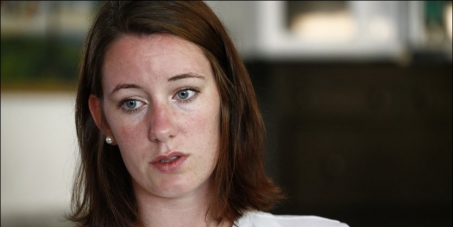 By continuing you agree to receive Avaaz emails. Our Privacy Policy will protect your data and explains how it can be used. You can unsubscribe at any time.
This petition has been created by Ingrid S. and may not represent the views of the Avaaz community.

Marte Deborah Dalelv has been pardoned! Congratulations to all of you that have made an effort to ‪#‎ReleaseMarte‬.

Ingrid Stange, founder of Partnership for Change: "We are amazed by the massive support for releasing Marte. Each and all of us have been instrumental in securing this happy ending.

We are proud of the Norwegian Minister of Foreign Affairs, Espen Barth Eide, for his active personal commitment and engagement to release Marte.

Let's not forget that this still happens to women in many countries and let's keep up the fight for human rights."

The story:
24 year old Marte Deborah Dalelv from Norway was raped in Dubai. She did what any reasonable person might do: she went to the police. Instead of getting the help she needed, she was put on trial. Her crime was being the victim of rape. She has now been convicted of having sex outside of marriage and sentenced to 16 month in prison - in Dubai.

We request that the government of Dubai set Marte free immediately.

How to put more pressure on the different decision makers:

5. Put pressure on Dubai and Norway by sending emails (or call) about your concern, disgust and/or demand to:

6. Billionaire Wissam Al Mana, husband of famous popstar Janet Jackson, signed the letter of resignation for Marte Dalelv (24) after she reported being raped in Dubai. She worked at Almana Interiors.

7. Put pressure on His Highness Sheikh Mohammed who is Vice President and Prime Minister of the UAE and Ruler of Dubai: https://www.facebook.com/HHSheikhMohammed - @HHShkMohd and http://sheikhmohammed.ae/ ‪#‎ReleaseMarte‬ now!

9. We need help with acquiring emails and phone numbers of officials and employees in the government of Dubai. If you have any please leave a comment on our facebook page and let's put some pressure on them to ‪#‎ReleaseMarte‬