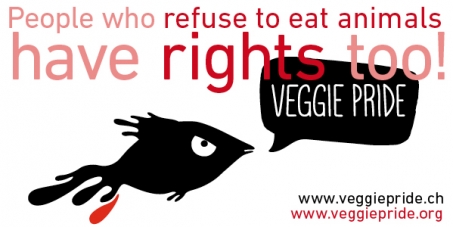 Respect of the rights of vegans and vegetarians

By continuing you agree to receive Avaaz emails. Our Privacy Policy will protect your data and explains how it can be used. You can unsubscribe at any time. If you are under 13 years of age in the USA or under 16 in the rest of the world, please get consent from a parent or guardian before proceeding.
This petition has been created by Anoushavan S. and may not represent the views of the Avaaz community.
x

Sign this petition
Anoushavan S.
started this petition to
Mr. Heiner Bielefeldt, Special Rapporteur on freedom of religion or belief

This is particularly visible in the almost systematic refusal to offer balanced vegan meals in public or private institutions, which may lead some to renounce to their beliefs or else be content with a nutritionally deficient diet. In France there is even a new law that forbids vegetarian meals: http://www.icdv.info/index.php?category/English . Some doctors learn almost nothing about nutrition and are unable to provide vegans and vegetarians accurate information. Some media have a mocking or critical attitude against “extremist" vegetarians, when mentioning any topic related to vegetarianism, instead of allowing any real debate of ideas. When someone says that s/he is a vegan or vegetarian for the sake of animal interests, this sometimes provokes unpleasant reactions, contempt and even aggressiveness.

For more information on this vegaphobia you can read following sites:

According to Article 18 of the International Covenant on Civil and Political Rights, everyone has the right to freedom of thought and conscience. This includes the right to belief and the right to manifest one’s belief. Article 26 of the same Covenant states that discrimination based on opinion is prohibited. These two articles combined mean that vegans and vegetarians who refuse to consume animals or animal products for ethical reasons should not suffer discrimination because of their beliefs.

Today: Anoushavan S. is counting on you

Anoushavan S. needs your help with "Respect of the rights of vegans and vegetarians". Join Anoushavan S. and 7,724 supporters today