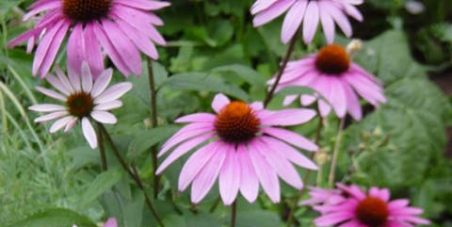 By continuing you agree to receive Avaaz emails. Our Privacy Policy will protect your data and explains how it can be used. You can unsubscribe at any time. If you are under 13 years of age in the USA or under 16 in the rest of the world, please get consent from a parent or guardian before proceeding.
This petition has been created by Belfast H. and may not represent the views of the Avaaz community.
x

Sign this petition
Belfast H.
started this petition to
Health Ministers - in the UK Andrew Lansley and in Ireland Dr. James Reilly

On August 20th 2012 the Medicines and Healthcare products Regulatory Agency (MHRA) in the UK and the Irish Medicines Board (IMB) in Ireland, within 30 minutes of each other, effectively banned the use of Echinacea products in children under the age of 12.

Read the "evidence" for yourself - contact the MHRA and IMB and ask for it.

Echinacea is a herbal medicine that has been safely used for 100s of years for a number of symptoms and was entered into the US pharmacopeia as far back as 1887! It is one of the world's most popular herbs today and is often used to treat cold and flu.

We cannot agree with the IMB/MHRA interpretation of the situation on the rare and minor adverse reactions possibly associated with Echinacea.

Furthermore we note that Echinacea may play a positive role in the treatment of Bird and Swine Flu as has been noted in recent research (Pleschka et al, 2009). With more and more people becoming immune to the effect of antibiotics and drugs like Tamiflu it seems striking to place any inhibition on this herb!

Both MHRA and IMB referred to several pieces of old data in making their determination which they state is 'precautionary'. They quote an European Medicines Agency (EMA) monograph from 2008, an old report from the World Health Organization (WHO) and a flawed research paper from 2002 none of which contain ANY evidence that Echinacea causes issues in children!

Neither group acknowledges the long and safe traditional use of Echinacea and neither group consulted with professional herbalists who would be best placed to offer advice on safety issues with herbal medicines.

The regulators are basically saying that although there is no evidence, they are taking a 'precaution' which is akin to asking parents to keep their children indoors, just in case they go outside and something falls on their head.

The net response has been to demonize the herb in the press and in turn cast a shadow on herbal medicines in general. If MHRA/IMB can create regulation out of thin air this time then they will do so again and again eroding consumer freedom of choice in the process and also bringing the professional herbal tradition into ill repute as no emphasis was made between buying OTC echinacea products and consulting with a professional herbalist.

It is irresponsible of the MHRA and the IMB to make an announcement that has caused sensationalist reporting in the media, especially when the MHRA has indicated that ‘this is not a serious safety issue’ and even bizarrely contradicting the edict by stating that ‘parents should not worry if they have given Echinacea to children under 12 in the past’!

The entire issue is entirely questionable and we call on both organisations to reverse their decision, and furthermore to consult with the professional herbal tradition on all future matters relating to herbal medicines.

This is an issue of the consumer's right to choose and it should not be allowed to go unnoticed!

Please consider writing to newspapers or to your representatives.

UPDATE: There is a new UK health minister, Jeremy Hunt, and he will receive this petition rather than his predecessor . Although the MHRA/IMB decision is not a fully blown ban its influence amounts to an effective ban. The concern is that the process of using very selective criteria will be used again to limit herbal medicines, and not just in this jurisdiction.

Today: Belfast H. is counting on you

Belfast H. needs your help with "Reverse Decision on Banning Echinacea in Children by the MHRA and the IMB". Join Belfast H. and 4,085 supporters today