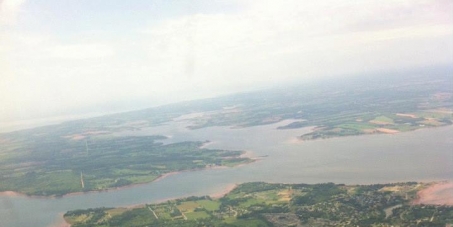 This petition is closed
50 Supporters
Larry C.
started this petition to
Robert Ghiz and the Provincial Liberal Government of PEI, Canada

Prince Edward Island, Canada. The images that come to mind may be that of picturesque landscapes and Anne of Green Gables, but what you may not see is the pesticide contamination. Every year, as tourists from near and far flock to our province, a chemical assault begins. Whether or not a sprayer is visible, you are being exposed to unsafe levels of pesticides. Environment Canada air monitoring tests revealed high levels of carcinogenic pesticides in our air, even in locations away from potato fields. As Canada's most densely populated province, it's not uncommon for homes and villages to be completely surrounded by sprayed fields, and most schools have potato fields in close proximity.

Our once pristine landscape has been polluted by the potato industry and neither government nor industry has shown remorse. On the contrary, government has consistently disregarded the concerns of the people and sponsored "expert" speakers to tell us pesticides are safe. And yet, about 80% of these sprays are known to be carcinogenic and about 70% are known endocrine disruptors. The average PEI potato that will end up on the table has been exposed to as many as 20 applications of spray.

Tourist accommodations, children outside playing and hospitals all receive the toxic by-product of this unsustainable and unsafe farming. As cancer rates continue to creep up (both rare cancers and cancers in children) the potato industry, sheltered by a government traditionally dominated by farmers, has shown no motivation to make changes. Latest CCS report: PEI mortality rates show prostate cancer 35% higher than Can. average; breast +28%, colorectal in women +29%! Incidence rates are lower but! ref:
http://www.cancer.ca/en/about-us/for-media/media-releases/prince-edward-island/2014/pei-cancer-rates-higher-than-national-average/?region=pe#ixzz336SXz7cy

We need your help. There are a growing number of organic farms popping up on Prince Edward Island. Many citizens are seeing the error of this mono crop culture and are making sustainable changes that better the lives of our population and the Earth!

Today: Larry C. is counting on you