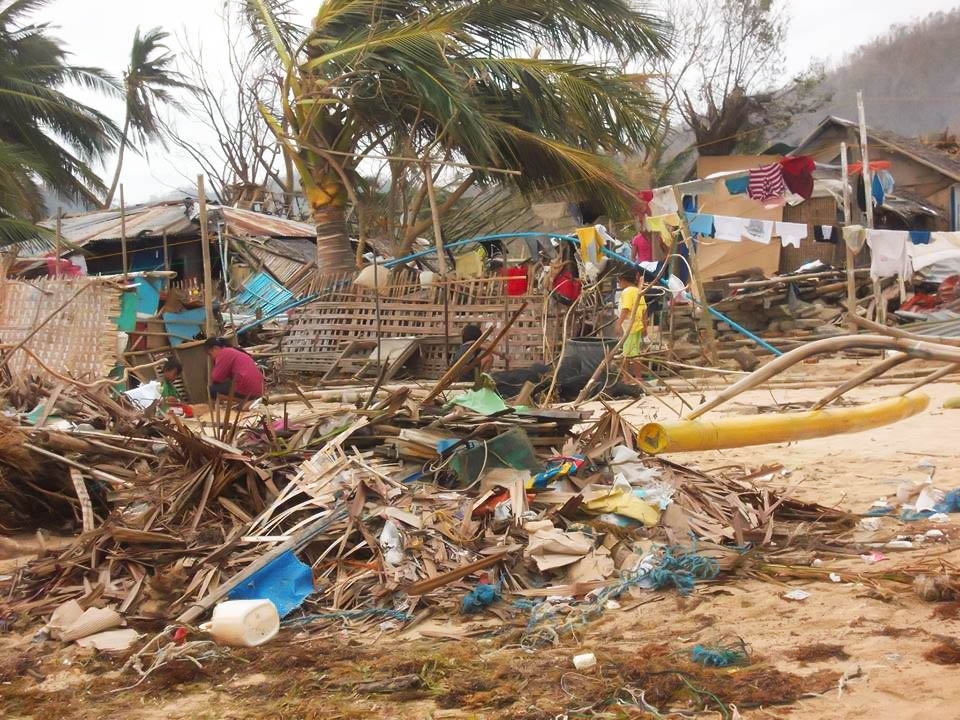 By continuing you agree to receive Avaaz emails. Our Privacy Policy will protect your data and explains how it can be used. You can unsubscribe at any time. If you are under 13 years of age in the USA or under 16 in the rest of the world, please get consent from a parent or guardian before proceeding.
This petition has been created by FESIFFA S. and may not represent the views of the Avaaz community.
x

Sign this petition
FESIFFA S.
started this petition to
Rodrigo Duterte, President of the Republic of the Philippines
We, 1,500 farmer and fisherfolk families of Sicogon Island, in Carles Iloilo in the Philippines, organized under the Federation of Sicogon Island Farmers and Fisherfolk Association (FESIFFA), need YOUR support to stop a powerful corporation's tourism project that is threatening our traditional livelihoods and human right to land, food, water and housing :

When Typhoon Yolanda struck the Philippines in 2013, our island was among the most severely devastated areas. The government assigned Ayala Land - one of the most powerful real estate developers in the country - to lead the reconstruction and rehabilitation of our island.

Instead of helping us, Ayala formed a joint venture with Sicogon Development Corporation (SIDECO) to realize SIDECO’s longstanding plan to convert the entire island into a high-end resort . SIDECO is a private company that holds a title for 809 hectares land of the 1,163 hectare island of Sicogon.

In fact, the corporate-led disaster response disrupted our livelihoods and forced us to give up our hard-won land rights . Ayala and SIDECO left us hungry for two weeks and their armed security guards prevented us from rebuilding our houses.

They took advantage of our vulnerability by pressuring us to accept either of two options : to take a small onetime payment of 150,000 Pesos (about 2,850 USD) and leave the island immediately, or to take 10,000 Pesos (about 190 USD) and relocate on the mainland.

Under duress, many families took either of the two options. The 784 families , who refused and are members of FESIFFA, opted to stay but had to endure sustained harassments and intimidation by Ayala and SIDECO’s armed guards and corporate agents. We barely survived through support of relatives and a few engaged humanitarian organizations.

Despite the dreadfulness of our situation, we fervently hoped that the Department of Agrarian Reform (DAR) will redistribute the struggle-won 334.6 hectares of land placed under the national agrarian reform program with us rightful beneficiaries.

The redistribution never transpired as the previous administration lacked the political will to implement the reform amidst corporate giant Ayala Land’s tourism plans.

In 2014, we were pressured to sign an agreement with Ayala and SIDECO . The agreement promised us 70 hectares residential area and conventional farmland, livelihood support, and funds for housing and land development. In exchange, we renounced our land rights to the said 334.6 hectares.

Ayala and SIDECO breached the agreement and hastily embarked on converting the island into a tourism resort. Today, a port, an airport and two hotel facilities are already operating.

They also diverted the mountain spring , which served as our major source of household and drinking water for more than a hundred years. Now, we are facing a severe water crisis .

Recently, we were able to get the DAR to issue an order that temporarily halts further tourism development on the island. But this is not enough. Our human rights to land, food and water will continually be violated if the conversion of the whole island into a high-end tourism project will not be permanently stopped .

Now, Ayala and SIDECO have started to file eviction cases against some of usand prevent - again - our supporters from entering the island .

We urge the President of the Republic of the Philippines to take immediate actions to secure our land tenure and access to fishing grounds and to resolve the human rights violations against us.

“We call on all people in the world, tourists and investors to support us in securing our human right to land, food, water and housing. Add your name and be one with us in our struggle.”

> Philippinenbüro "Disaster Capitalism in the Philippines: How investors make use of a Super-Typhoon to re-develop an eco-tourism project" https://www.asienhaus.de/nc/philippinenbuero/detail/stimmen-aus-den-philippinen-desaster-kapitalismus-wie-investoren-einen-supertaifun-fuer-den-ausbau-eines-oeko-tourismus-projekts-nutzen/

> Focus on the Global South “Advancing Justice After Climate Disaster in the Philippines” https://focusweb.org/advancing-justice-after-climate-disaster-in-the-philippines/