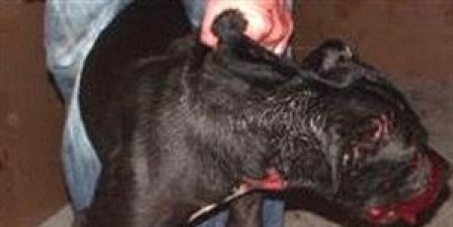 "SAVE THE PITBULLS" MAXIMUM PUNISHMENT!! NO BAIL!! & JAIL SENTENCES FOR PITBULL DOG FIGHTERS

By continuing you agree to receive Avaaz emails. Our Privacy Policy will protect your data and explains how it can be used. You can unsubscribe at any time.
This petition has been created by Estelle Catherine S. and may not represent the views of the Avaaz community.

Sign this petition
Estelle Catherine S.
started this petition to
Public, Animal Owners, & Lovers wants this petition to call on the National Minister and Legislative Council to revise and amend the following National Animal Welfare Acts;,
PETITION TO THE LEGISLATIVE COUNCIL OF THE REPUBLIC OF SOUTH AFRICA
PETITION TO THE LEGISLATIVE COUNCIL OF THE REPUBLIC OF SOUTH AFRICA
DATE: 06 NOVEMBER 2013 - FOR ATTENTION: THE NATIONAL MINISTER OF AGRICULTURE
THIS IS A URGENT PETITION OF CONCERNED SOUTH AFRICAN CITIZENS TO THE LEGISLATIVE COUNCIL OF NATIONAL PARLIAMENT. SOUTH AFRICA HAS DRAWN ATTENTION TO THE FACT THAT DOG FIGHTING IN SOUTH AFRICA IS ON THE INCREASE AND THAT THE CONVICTION RATE IS EXTREMLY LOW AND THAT PROSECUTION AND PUNISHMENT IS NOT SUFFICIENT. DOG FIGHTING IS CONNECTED TO OTHER ILLEGAL ACTIVITY, AND THE AGE OF DOG FIGHTERS BEING CAUGHT GETS LOWER AND LOWER
Dogs who survive these fights often sustain serious injuries, such as broken bones and crushed cartilage, and many suffer and die from blood loss, shock, dehydration, exhaustion, or infection hours or days after a fight.
PERPETUATION OF VIOLENCE: Dog fighters use dog fighting rings to distribute illegal weapons and narcotics-which will be used in armed robberies and home invasions. Dog fighting is also linked to illegal gambling, and income tax evasion. Fights can award winnings totaling up to R1.5million per fight.
CHILD ABUSE IN DOG FIGHTING RINGS: Dog fighters and gangs bring their Minor CHILDREN to such fights and teach them that torturing animals is "normal, perpetuating the cycle of violence. Virtually all dog fighters and their spectators have a history of criminal violence. "One of the most dangerous things that can happen to a child is to kill or torture an animal and get away with it," (Margaret Meade, Anthropologist).
We believe in being agents of social change who responsibly and proactively fight the war against ignorance and cruelty. Our battle must extend to those innocent animals which have no voice or choice. This petition calls on the National Minister and Legislative Council to revise and amend the following National Animal Welfare Acts; 1.National Animal Welfare Act 71 of 1962, 2. Animal Protection Act 24 of 1935
We ask the Minister to amend, change and adopt the various new and pending by-laws immediately. We urgently request that the drafted 15 new codes and guidelines (which were drafted by state vets and tertiary institutions) for the formulation of a new Animal Welfare Act for the RSA, be considered for finalization and signature. By achieving the above we shall ultimately strengthen the law enforcement, prosecution and penalty capacity against these brutal illegal crimes committed by individuals and syndicated against animals.
Your signature is counting now, let’s make a difference!!
J.C. Erasmus - President PBFSA
E.C. Smith - Chairlady UnderDogs SA Pit Bull Resue & Rehabilitation SA
M. Hopley - National Animal Anti Cruelty Task force (NAWTT)

Today: Estelle Catherine S. is counting on you