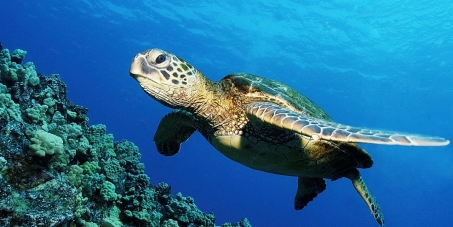 This petition is closed
2,847 have signed. Let's get to  5,000
2,847 Supporters
Mat N.
started this petition to
The Chief Minister of Perak Malaysia, Y.A.B. Dato’ Seri Dr Zambry Bin Abdul Khadir

Last call, this petition will be delivered end of March:

The plans to open one of only few nesting sites of the endangered Green Sea Turtle to industrial development severely threatens this protected species.

ONLY six hatching sites of this beautiful species exist on Peninsular Malaysia, and only eight in whole Malaysia.

Now, the plans were signed by the local government to open a steel mill and gas plant on over 265 ha of this undisturbed nature site.

The construction work will begin in a few months, maybe even weeks!

The number of landing turtles on our beach already decreased from 211 individuals per year in 1993 to 65 in 2006, and it's even less now; although the Malaysian government promised to protect this species!

The necessary infrastructure for both projects also harms the surrounding Virgin Jungle Reserve. Parts of it were given free for logging. The reserve hosts many endemic and unique plant and animal species, like the critically endangered Dipterocarp tree Shorea lumutensis or the pangoline.

Not only the nature is under threat, also the locals depending on fisheries and tourism will lose much of their income and the toxic emissions from the plants will cause acid rain and health problems!

Just last year the Brazilian mining company Vale took one major area of pristine virgin jungle at the nearby Teluk Rubiah, Manjung, to put up their steel factory that will produce the steel pellets destined to be processed at our beach. The forest and coast is destroyed now and cannot be brought back!

Outcries by the public and local NGOs reached nothing to prevent those plans.

WE MUST stop the cruel destruction of Malaysia's beautiful habitats now!

Please help save this sensitive and unique ecosystem from destruction and spread the word.


SHARE THIS IMPORTANT PETITION! FOR OUR CHILDREN, FOR THE NEXT GENERATION!!!

Help us deliver this petition to the decision makers to show them that their peoples care about more than just money!

Today: Mat N. is counting on you