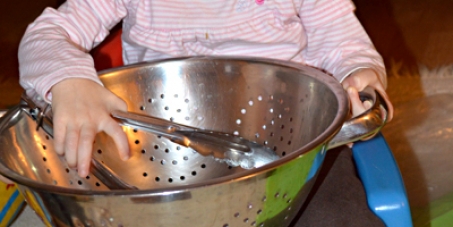 By continuing you agree to receive Avaaz emails. Our Privacy Policy will protect your data and explains how it can be used. You can unsubscribe at any time. If you are under 13 years of age in the USA or under 16 in the rest of the world, please get consent from a parent or guardian before proceeding.
This petition has been created by Barbara D. and may not represent the views of the Avaaz community.
x

Sign this petition
Barbara D.
started this petition to
Secretary of Energy Steven Chu, Secretary of Energy Chu
The U.S. Department of Energy (DOE) plans to release approximately 14,000 metric tonnes of metal (to start!) from radioactively contaminated weapons sites, to poison the "clean" recycling stream and end up in consumer and industrial products like silverware, pants zippers, toys, watches, dental braces, pet bowls, and building frames; or they could be disposed of in ordinary landfills.

Please insist with me that the DOE cancel this proposal and, furthermore, that they expand the existing ban on such metal releases (instituted in 2000) to cover ALL radioactive materials.

As the mother of a leukemia survivor, I hope to help to prevent others from the unnecessary risk of tragedy. I know that if we speak out we can make a difference. There is no safe level of radiation exposure! Radiation brings diseases such as cancer and immune suppression, and causes genetic destruction that can last for thousands of years.

Women and children, especially girls like my daughter, are even more susceptible to radiation than men, upon whom DOE studies are based.

The DOE claims their standards are safe, and that the risks are acceptable. This is ridiculous, as there is no safe level. Furthermore, even if the DOE's levels were safe, they can't assure that each individual gets no more than the predicted exposure. For example, a radioactive watch against your skin would deliver radiation day and night. Also, some batches of metal could be more radioactive than others.

Natural background radiation exists. This does not justify adding more.

The DOE bases its proposal on a short Environmental Assessment with no outside review, rather than a full Environmental Impact Statement (EIS) that would involve extensive public hearings and involvement by other agencies. An EIS is warranted if there is potential harm; how can the DOE say there is no possible harm?

Accidents happen, and monitoring doesn't always work. Last year, radioactive Cobalt-60 was found in imported metal tissue-holders sold at 200 Bed Bath and Beyond stores. When these "hot" items were recalled, they had already exposed consumers and workers who had handled the products, and not every buyer could be reached. Radioactive metal has also made its way into dog bowls and cheese graters.

The DOE says the reuse of radioactive metal will cut the need for new mining and its pollution; however, it would INCREASE the demand for new mining if the public loses confidence in the safety of recycled products.

Along with this petition, you can add a comment to the DOE at mailto:Scrap_PEA_Comments@hq.doe.gov

I HOPE YOU WILL JOIN ME in signing this petition to Secretary of Energy Steven Chu to stop the Department of Energy's irresponsible proposal to contaminate us with dangerous radiation that would cause irreversible harm now and for generations to come.

Sincerely and with hope for our future,
Barbara Dyskant

FOR EXTRA INFORMATION, you can read the DOE proposal at:
http://energy.gov/sites/prod/files/DOE-EA-1919_Draft_EA_December_2012.pdf.

Today: Barbara D. is counting on you