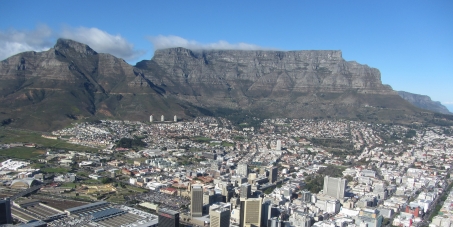 By continuing you agree to receive Avaaz emails. Our Privacy Policy will protect your data and explains how it can be used. You can unsubscribe at any time. If you are under 13 years of age in the USA or under 16 in the rest of the world, please get consent from a parent or guardian before proceeding.
This petition has been created by Alma H. and may not represent the views of the Avaaz community.
x

Sign this petition
Alma H.
started this petition to
Cape Town Mayor Patricia de Lille
To ensure democratic practise by the ruling Democratic Alliance in the City of Cape Town. YOU MUST ACT NOW TO ENSURE A DEMOCRATIC CITY


WRITE AN EMAIL:
All concerned citizens must e-mail Mayor Patricia de Lille demanding/requesting that the delegated authority to the sub councils, to consider and decide upon Economic, Environmental and Spatial Planning (EESP) matters, be retained in order to ensure effective community involvement in these matters. Anything less would amount to centralisation of power and be contrary to the intent of the Constitution and the proclaimed ethos of the DA.
Preferably, this must reach her before Tuesday's Mayoral Committee meeting. However, the matter must still go to full Council for the vote, so please send your mail even after this date but within 14 days. Please also align yourself with the CBRRA's letter of concern as attached.

The Mayor's e-mail is - mayor.mayor@capetown.gov.za

The proposed amendments to the City's system of delegations for Economic, Environmental and Spatial Planning (EESP) matters, refers.

The general public are probably not aware that the City Council, in conjunction with the Mayors Office, have proposed that public participation (the rights of neighbours and civic groupings to meaningfully object to planning applications that do not comply with the law) will, within a few weeks, be removed from all further development proposals, thereby giving the City the power to approve any development they wish with little or no concern to how this would effect the surrounding neighbours and the environment.

Currently, the various Subcouncils comprised of locally elected and PR politicians, are tasked with deciding on planning applications that require departures, consent use, etc. Although not perfect, it is at least democratic and passes constitutional muster.

Currently, SPELUM can only make recommendations to the Mayoral committee, whose decisions, in turn, cannot be appealed.

Not only will officials now be empowered to make unilateral decisions, those decisions may be premised on policy and not on law. There is a raft of case law from the various High Courts, especially the Western Cape, which has questioned the City's use of policy rather than laws to make administrative decisions - and such decisions have routinely been set aside.

The Mayor is quietly attempting to push this amendment through a full sitting of Council scheduled for August whilst the DA caucus has effectively gagged dissenting councillors. All attempts by various civic/ratepayer groupings to properly consult with the DA in this matter have been met with a stony silence - other than the rather inadequate spin of Cllr Gareth Bloor, which has been published in the various broadsheets.

It is clear that the City is intent on fulfilling Premier Zille's promise to developers to take their rather arduous task of personal financial reward from "red tape to red carpet": And the consequences for long-term sustainability, the environment and constitutional rights will be sacrificed on the altar of political expediency.

The only option open to all citizens who value the freedoms of a liberal democracy and their right to effective participation in civic matters of concern to them, is to phone or e-mail your Ward councillor, the Mayor and their local DA office and demand that this amendment be struck from the agenda and consigned to the political scrap-heap of bad ideas.

That would be true democracy in action.

Today: Alma H. is counting on you

Alma H. needs your help with "STOP THE CITY OF CAPE TOWN FROM STEALING YOUR PROPERTY RIGHT TO A FAIR HEARING ON PLANNING MATTERS". Join Alma H. and 886 supporters today