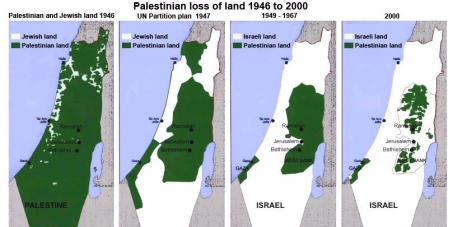 By continuing you agree to receive Avaaz emails. Our Privacy Policy will protect your data and explains how it can be used. You can unsubscribe at any time. If you are under 13 years of age in the USA or under 16 in the rest of the world, please get consent from a parent or guardian before proceeding.
This petition has been created by Κλεοπάτρα Α. and may not represent the views of the Avaaz community.
x

As CEASEFIRE came into effect between Palestine And Israel our demands change.

We are HERE to show our SUPPORT for GAZA and PALESTINE. We are WATCHING this situation CLOSELY.

Furthermore we demand that ACCESS TO and FROM GAZA for trade, as well as humanitarian assistance is GRANTED and GUARANTEED by all parties INVOLVED.

Gaza has hardly had the chance to recover from 2008's war and was pounded once again by Israel as death toll rose higher each day, in 2012.
Innocents, children, babies and everyday people who had NOTHING to do with the hidden agenda behind this nightmare, were being killed in GAZA, Palestine. The Sickening Pictures of babies and children piled up dead, the REAL FACE OF THE WAR, did NOT make it to the NEWS.

HORROR that leaves a country that's been shrinking after decades of conflict, even more powerless and emotionally unbalanced. The breeding ground for extremes of the worst kind.

While Both Sides Suffered, Israel has the REAL POWER and certainly exhibits INTENT to wipe Palestine off the map. Take a look at the picture above and decide for yourself.

If you’re wondering what any of this has to do with you as an American (if you’re an American), Israel is the largest recipient of US foreign aid in the world. We give them over $3 billion a year — that’s $10 million every single day — of our tax dollars. This is what they do with it. The US government has also vetoed dozens of UN resolutions condemning Israel’s violations of international law. Americans more than anyone else have the power to put pressure on Israel to change its policies.

Unfortunately, the Israel lobby is one of the most powerful in Washington while Palestinians have virtually no presence on Capitol Hill. Very few Senators and Representatives are willing to pay the political price of crossing the Israel lobby based on principle alone. Therefore it’s up to us to learn more about this situation and put pressure on our representatives to end America’s support of Israel’s illegal policies.

SILENCE IS A CRIME.

Today: Κλεοπάτρα Α. is counting on you