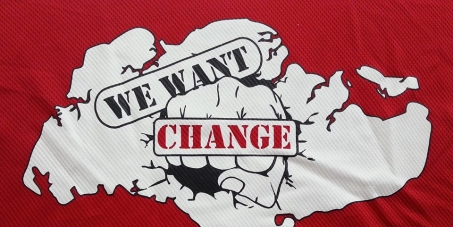 By continuing you agree to receive Avaaz emails. Our Privacy Policy will protect your data and explains how it can be used. You can unsubscribe at any time.
This petition has been created by Goh G. and may not represent the views of the Avaaz community.

We want the manpower minister to look into the malpractices of a Swiss restaurant Le Fondue 25 Dempsey Road as we suspect discriminatory hiring practices being practised there. There is also a particular employee Mr Roginald Santos Oloresisimo who is guilty of posting discriminatory job advertisements on several online job portals.

All along, Singaporeans have welcomed foreign investments and restaurants are highly recognised as they bring in their own special unique cuisines and fine food. However, we want our foreign investors to respect the labour law of our country and not to allow nationalistic enclave to form in our community which directly promotes unhealthy segregation in our multi-racial society.

Thus, we want the minister to impose deterrent measures for such discriminatory hiring and urge him to consider withdrawing the work permit of Mr Roginald Santos Oloresisimo immediately if he is found guilty of malpractices after an investigation. He will not be able to work in Singapore anymore in future.

For the restaurant, we ask the minister to suspend its foreign hiring for up to a year. Its current manpower hiring should also be investigated to check if the restaurant has violate MOM legislation.

We hope that such deterrence measures will allow foreign investors setting up shop here to respect the labour laws of our country.

Today: Goh G. is counting on you