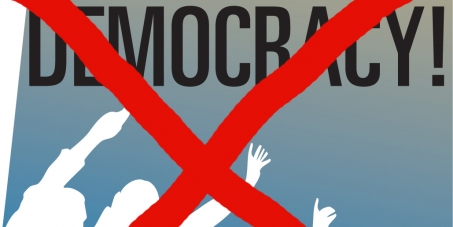 Save Denmarks and YOUR  Democracy!

By continuing you agree to receive Avaaz emails. Our Privacy Policy will protect your data and explains how it can be used. You can unsubscribe at any time. If you are under 13 years of age in the USA or under 16 in the rest of the world, please get consent from a parent or guardian before proceeding.
This petition has been created by Dan J. and may not represent the views of the Avaaz community.
x

Sign this petition
Dan J.
started this petition to
Morten Boedskov
Parts of a new bill (§ 22, 24 and 27) named "Freedom of Information Act" ("Offentlighedsloven") are threatening Denmark's, and potentially other countries’, democracy at its core. At the 1st of january 2014, the law will be implemented. The Danish public, the media and even opposition Members of Parliament will then, no longer, be allowed to monitor vital parts of the government’s paper trail, effectively blanketing the Danish government in a cover of darkness. Illegal activities within the administration will be able to be freely hidden from the general public, the media and even the parliamentary opposition. This will set the stage for an uncontrolled government, and the death of Danish democracy.

Leading international watchdogs are deeply concerned. The IPI (International Press Institute) is warning that this new move may encourage other countries to do the same. The internationally acclaimed Canadian Centre for Law and Democracy is calling the law "Unacceptably weak for a country that praises itself for being an open democracy". Denmark needs your help to stop this direct assault on democracy dead in its tracks, Tell the Danish Government NO, before this idea spreads, and YOUR democracy gets destroyed too.

Today: Dan J. is counting on you

Dan J. needs your help with "Save Denmarks and YOUR  Democracy!". Join Dan J. and 9,098 supporters today