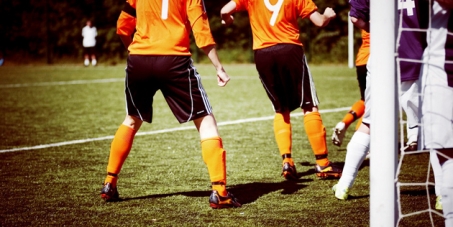 Sign this petition
Ed L.
started this petition to
Michael Gove, Education Secretary, Wandsworth Borough Council
Education Secretary Michael Gove is rushing to sell off another of London's school fields. The announcement is imminent, but if we now raise our voices, hoarse from cheering on Team GB's stars -- we can save this precious green space for London’s future Olympians.

We can’t inspire a generation to play sport if there’s less and less space to play it. This government has already approved the sale of 21 school fields. Let’s make London 2012 the time a line is drawn to stop the sell-offs, starting with Elliott School in London where Team GB football star Fara Williams and I used to play when we were kids. The school is even a heritage-listed building, recognised by English Heritage as of national architectural importance. Under pressure, Gove is sending out conflicting messages about the sell-off, and a mass campaign, buoyed by Olympics euphoria, can save the school fields.
This is a golden opportunity to save school sports. If everyone joins the 96% of respondents to the official public consultatlon and many others who oppose the sell-off, we can get him to back down -- sign my petition now and share with everyone you know!

Today: Ed L. is counting on you