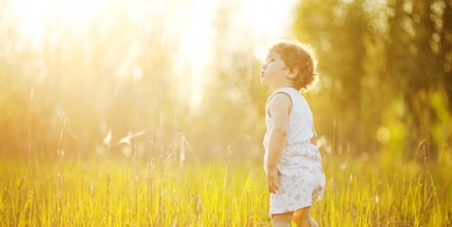 Major victories for solar in NZ!

The pressure is working! Thank you to everyone who has called for a level playing field for solar electricity in New Zealand. Together, we managed to avert a total shutdown of the solar industry, and we pushed through changes in technical standards that are essential to making solar electricity accessible and safe for everyone concerned.

But it doesn’t stop there: we also forced the Electricity Authority back to the drawing board to make sure they fulfill their mandate to provide a supportive marketplace for solar electricity. And we stopped new regulations from coming into force that would have made unsafe installation practices a legal requirement for installers and inspectors. That’s real progress – and people who have been following the energy sector for years say it would never have been possible without mass mobilisation.

We have begun to shift the balance, but the fossil fuel industry and power companies still have an outsized voice – which they’ve been using to hold the market for clean, green, solar power in check. We’re still using the momentum the petition has created to keep pushing for specific changes. Email sbrancaforte@gmail.com if you want to receive further updates on this campaign. And thanks again!!

As an investor in a NZ solar company, I was shocked to discover that a careless change in the rules -- forcing solar companies to use a particular inverter technology that hasn’t even been invented yet -- could come into force any day now and stop our solar industry dead in its tracks. The regulators would never try something like this with the dirty fossil fuel industry -- but if we all speak out now, we can make this into a media scandal they won't be able to ignore!

Solar panels are not just a green technology, they’re also a great financial investment for New Zealand homes and businesses. Even John Key called for reducing “the Pacific region’s reliance on expensive fossil fuels for electricity” a few weeks ago -- let's hold him to his word and cut the red tape so the solar industry can shine!

New Zealand has almost unlimited potential to generate clean energy from the sun. And if we create a huge outcry now, we can wake up the regulators and set a new agenda that reduces costs for installing solar and supports people to sell back their solar power production with a net-metering law -- these measures would give so many more people access to this smart, environmentally beneficial investment!

Please add your name and tell all your friends, and I’ll make sure the law-drafters get our message loud and clear.

The draft law calls for solar panel installers to use an inverter with special features that hasn’t even been invented yet, or they’ll fall afoul of the law. The drafters know they made a mistake, which is why they’ve written an amendment – but it’s anyone’s guess when this amendment will pass, and it could be after the new standard comes into effect! This is crazy, and just a symptom of the risks to the solar industry and consumers in New Zealand. There are other major problems with the standard, too, impacting safety and driving up costs for installers. We can do better, for our economy, small business and the environment.

As it is, lines companies already have almost unlimited discretion to set the rules for solar installers in their districts, making it tough for solar companies to know what is expected of them and keep their businesses afloat. But if enough of us raise our voices, we can wake up the regulators and together we can give clean energy a fair chance, with a plan to save the solar industry.

--introduce a clear, safe, nationwide standard for the installation of solar power systems that is specific to New Zealand and doesn’t let power distributors make up the rules as they go along;

--eliminate application fees for solar installations and reduce soft costs as much as possible ;

--introduce a national financing strategy for enabling private citizens and businesses to install solar power, and fair pricing and billing for solar power generators to encourage people to install solar panels and earn money on excess power they produce (a net-metering law).

This is ground zero for making a meaningful local impact for combating climate-killing fossil fuels. The oil and gas lobby is so strong it can shove legislation through Parliament that erodes our environment and basic rights. It's time for us to show them that clean, solar energy has its own people-powered lobby!

Join me now to call for making solar simple and accessible for us all!

Here's a brief I wrote with industry professionals on the regulatory framework and highlighting other key issues: https://docs.google.com/document/d/1TcVQ5IHd_t-aaZqKCTXi9IJQGj_Fyj3_idnoo3K6NZk/edit

The press is only just starting to pick up on this issue. If you have questions or want more details, please email sbrancaforte@gmail.com. Thanks!

For more information, see http://www.stuff.co.nz/timaru-herald/news/8734499/Solar-generation-gains-momentum
Report this as inappropriate
There was an error when submitting your files and/or report.
Inaccurate Inappropriate language Hate speech Illegal Commercial/spam Offensive