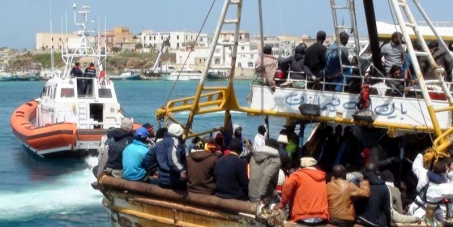 Save Refugees Left Drifting and Starving on Italy's Coast

By continuing you agree to receive Avaaz emails. Our Privacy Policy will protect your data and explains how it can be used. You can unsubscribe at any time. If you are under 13 years of age in the USA or under 16 in the rest of the world, please get consent from a parent or guardian before proceeding.
This petition has been created by Miriam P. and may not represent the views of the Avaaz community.
x

Sign this petition
Miriam P.
started this petition to
UNHCR, President of the European Parliament, Prime Minister Monti
Hundreds of refugees from Africa are continuous left drifting at the Mediterranean Sea while European coast authorities deny emergency assistance. In our Eritrean community for example, we had so many families mourn the death of their young children who had made the harsh and very risky journey through Africa to flee dictatorship, and who died at Sea. Just recently young men, pregnant women, and children were left drifting on a boat at Sea for 23 days, although Italian coast guards regularly passed by in ships. Most of those young people who were looking for a life in freedom died on that boat of starvation and exhaustion. Europe is simply watching and standing by.

This petition is organised by:

Today: Miriam P. is counting on you