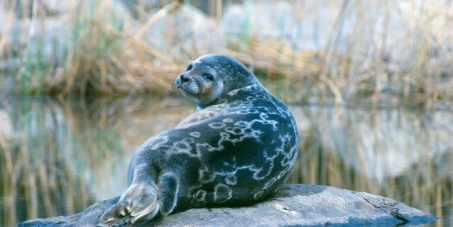 Save the Saimaa ringed seal from extinction!

By continuing you agree to receive Avaaz emails. Our Privacy Policy will protect your data and explains how it can be used. You can unsubscribe at any time. If you are under 13 years of age in the USA or under 16 in the rest of the world, please get consent from a parent or guardian before proceeding.
This petition has been created by Heli P. and may not represent the views of the Avaaz community.
x

Sign this petition
Heli P.
started this petition to
The government of Finland
The Saimaa ringed seal (Pusa hispida saimensis) is currently under imminent threat of extinction with only 300 of them left. This world's most endangered seal can only be found in Lake Saimaa in Finland.

Humans are their sole enemy. Banning net fishing only part of the year has not been efficient enough. Straight after allowing net fishing on July this year, several seal pups were found drowned in nets. Fishing restrictions need to be year-round. Nesting peace is also essential for Saimaa ringed seal's survival. Coastal building in their habitats must be strictly limited.

We have to act now, before it is too late! It would be a tremendous shame if these lovely creatures would be extinct!

Today: Heli P. is counting on you

Heli P. needs your help with "Save the Saimaa ringed seal from extinction!". Join Heli P. and 14,330 supporters today