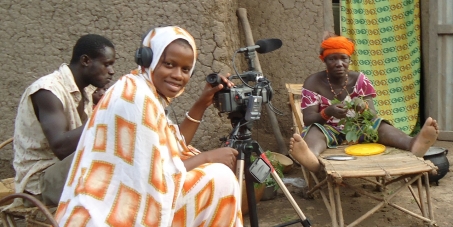 Save Visual Anthropology (VCS) at the University of Tromsø

By continuing you agree to receive Avaaz emails. Our Privacy Policy will protect your data and explains how it can be used. You can unsubscribe at any time. If you are under 13 years of age in the USA or under 16 in the rest of the world, please get consent from a parent or guardian before proceeding.
This petition has been created by Marie-Eve L. and may not represent the views of the Avaaz community.
x

The paradoxical reason, given that it is located in one of the wealthiest countries on earth and attracts students from all over the world, is financial difficulties.

• Over half of VCS students in Tromsø are from developing countries.
• Most of these students would have had no chance of obtaining a degree without the programme.

• Many of them are now using their skills and qualifications to develop research and ethnographic film/documentary networks in their own countries, a good example being former students in Cameroon and Mali.

Visual Anthropology in general, and the VCS programme at UiT in particular, have shown how humanistic and filmmaking skills in parts of the world prone to conflicts and political instability are helping to nurse the emergence of a civil society that can safeguard human rights locally, regionally, and internationally.

And this is why we're signing this petition.

SAVE VISUAL ANTHROPOLOGY in Tromsø!

Today: Marie-Eve L. is counting on you

Marie-Eve L. needs your help with "Save Visual Anthropology (VCS) at the University of Tromsø". Join Marie-Eve L. and 1,822 supporters today