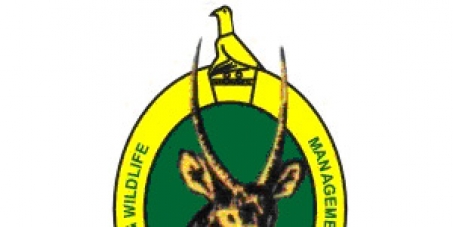 By continuing you agree to receive Avaaz emails. Our Privacy Policy will protect your data and explains how it can be used. You can unsubscribe at any time. If you are under 13 years of age in the USA or under 16 in the rest of the world, please get consent from a parent or guardian before proceeding.
This petition has been created by Andrew P. and may not represent the views of the Avaaz community.
x

HARARE, 2 July 2014:The Supreme Court has removed from death row and freed a condemned senior game ranger in the department of National Parks and Wildlife who shot a poacher dead.

Maxwell Bowa was sentenced to death by hanging on September 17 last year by the High Court in Gweru. He was charged for the fatal shooting of Lennon Nkosana.

Bowa, through his lawyers Chinongwenya and Zhangazhe Legal Practitioners, appealed against conviction and sentence at the Supreme Court, arguing that the lower court erred in passing judgment as witnesses who testified in the matter were related to the deceased.

“In the present matter, the killing of the deceased, though unfortunate, was a result of a bona fide attempt to apprehend persons who were believed to be armed and involved in poaching activities,” Garwe said.

“In my view of the conclusion I have reached above, it becomes unnecessary to consider whether the appellant successfully demonstrated that he was also acting in self-defence. Even on the basis of the facts it found proved, the court a quo was clearly in error in finding that no extenuating circumstances existed.

“The circumstances surrounding the death of the deceased in my view provided mute evidence of extenuation. Against the background already given in this judgment, the incident occurred on the spur of the moment during the execution of official duty, in poor visibility and in circumstances in which the appellant may have genuinely believe that harm was likely to befall him.

“In the circumstances, the appeal is allowed and the conviction and sentence are set aside.”

The court heard that an assistant commissioner of the Zimbabwe Prison Services, whose name was not mentioned in the court papers, was arrested at a road block after he was found with ivory on February 12, 2012.

The commissioner implicated Tanaka Nyoni and Moses Makwavarara as the owners of the ivory.

According to State papers, the department of National Parks and Wildlife further received information that Makwavarara operated as the runner, with Nkosana (now deceased) as the carrier and Nyoni as the sponsor of the illegal hunting syndicate.

During the night of the same day, a group of ten game rangers accompanied by two police officers went to Simuchembo area in Gokwe North in an operation to arrest the suspected poachers.

Upon arrival, the group split into two groups to secure two paths that exited the homestead.

Bowa and his group first approached the homestead and they were directed by Nyoni’s wife to a house where Nyoni and his crew were sleeping.

It is the States’ case that two people ran out of the house and disappeared into the darkness followed by Nkosana, who was shot by Bowa in the chest and died instantly.

The rangers and the police officers later went to Chitekete Police Station. Bowa was arrested and his firearm confiscated.

Today: Andrew P. is counting on you