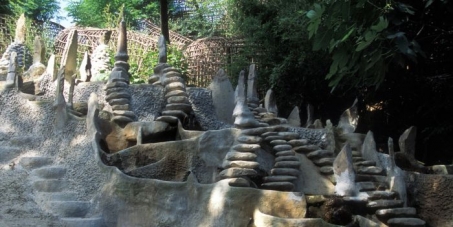 Victory
This petition is closed
50 Supporters
Jo F.
started this petition to
Josep Dorca, mayor of Argelaguer, Spain
A 77-year-old self-taught artist wants to continue to make his art, but the local mayor and governmental agencies want him to tear it down. He has been working for 45 years on several versions of these constructions, and the work has not only been enjoyed by thousands of international visitors, but has been lauded in international art journals, books, and television programs. It is one of the most spectacular "outsider" art environments in the world.
Pujiula has no training in art, architecture, or engineering, and only asks to be left alone to make his art. The authorities are threatened because his work neither complies with local building codes nor with what they understand as Art. They have forced him to tear it down three times; each time he has, but, unable to stop working, he has always started again: his work is his life. Recently, Pujiula began to create sculptures and a lyrical fountain in concrete & steel. The mayor has mandated its immediate demolition.
Works of public art by self-taught artists are often threatened, but we can help. Petition to allow Pujiula to continue to make his art. At age 77, he is no danger; rather, he brings enjoyment to young and old. Let’s convince the government officials to reverse the edict of demolition, and allow Pujiula to continue to create an art environment that will be remembered and enjoyed for long after he is gone.