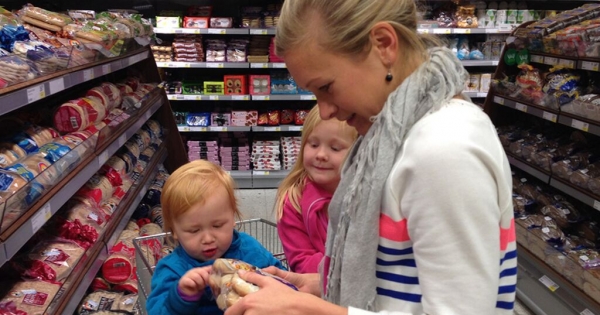 By continuing you agree to receive Avaaz emails. Our Privacy Policy will protect your data and explains how it can be used. You can unsubscribe at any time. If you are under 13 years of age in the USA or under 16 in the rest of the world, please get consent from a parent or guardian before proceeding.
This petition has been created by Rishabh K. and may not represent the views of the Avaaz community.
x

Sign this petition
Rishabh K.
started this petition to
Save ourselves from EDCs in food, Martin Schulz, European Parliament president
Endocrine disrupting chemicals or EDCs are chemicals that can interfere with the body’s endocrine or hormone system – the highly sensitive chemical messaging system the body uses to control different metabolic and developmental processes. They are mostly man-made and found in various foods and materials as contaminants, pesticides, in personal-care products or as additives. Human and animal hormones regulate bodily functions such as metabolism, sexual development and growth. Hormones are released into the blood by various glands including the thyroid, ovaries and testicles. The hormone system is linked to both the nervous and immune systems.

The most miniscule levels of hormones can have great effect and so exposures to very low levels of EDCs can play havoc with nature, particularly at crucial stages of development and during the complex developmental stages before birth to the extent that they can even cause death.

Many of the initial reports about the effects of EDCs come from wildlife. Examples are egg-shell thinning in birds, feminisation in fish, malformations of the genitalia in reptiles, and reproductive and immune problems in various mammals. There is now scientific evidence that EDCs are linked to infertility and reproductive problems in humans, as well as to obesity, diabetes, heart disease, and hormone related cancers, such as breast cancer, prostate cancer and testicular cancer. Another concern is the potential for effects on brain function and cognitive development as thyroid hormones play a crucial role in orchestrating the development of the brain. EDCs include certain pesticides, as well as some industrial chemicals used in a variety of consumer products.

Humans are exposed to EDCs via consumer products such as flame-retardants in soft furnishings and electrical products, plastics in the lining of food cans, PVC flooring and many cosmetics. Most of us are exposed to several EDCs at any one time and research indicates that these exposures can ‘add up’ leading to combined exposure effects. Some of the most well researched EDCs include the plasticiser bisphenol A (BPA) and phthalates, as well as a wide range of pesticides and persistent organic pollutants (POPs) such as PCBs and dioxins. The primary concern is the broad distribution of these chemicals in our food, water and personal care products, and chronic, low-level exposures over our entire lifespan. For example, over 95% of us are known to show exposure to phthalates based on metabolites present in urine. Ref: http://anhinternational.org/2015/10/07/unwitting-victim-endocrine-disrupting-chemicals/ Since the Endocrine Society’s first review 6 years ago, the group has reviewed over 1300 new scientific articles on the subject and highlighted the main concerns in its new and second statement, referred to as EDC-2 which was released this month. http://press.endocrine.org/doi/abs/10.1210/er.2015-1093 The review concluded that there was no doubt that the EDCs had serious health implications, including “chronic disease burdens related to obesity, diabetes mellitus, reproduction, thyroid, cancers, neuroendocrine and neurodevelopmental functions.” With these health issues on the increase and diminishing the quality of life, in the knowledge that the burden of EDC exposure is continuing to increase, we regard it as imperative that steps are taken urgently to reduce exposure as well as increase awareness of EDCs. This petition therefore: · Calls on the European Union (EU) and its 28 national governments to force manufacturers of foods, beverages and cosmetics to remove all known endocrine disrupting chemicals, and residues from them, from products as soon as possible. · Requests that the EU and its national governments recognise and support the tenets of the latest statement on endocrine disrupting chemicals (EDC-2) by the Endocrine Society. · Will be directed to the Presidents of the European Parliament, European Council, European Commission and Council of the EU, as well as the Prime Ministers and Ministers of Health of each national government.
The petitioners advocate that all consumers should be protected from unnecessary chemical risks and have the right to know about chemical health risks in everyday products to which they might be exposed.

This petition was initiated by Envirohealth Matters www.envirohealthmatters.org the Alliance for Natural Health International www.anhinternational.org and Rätten att veta www.rattenattveta.se