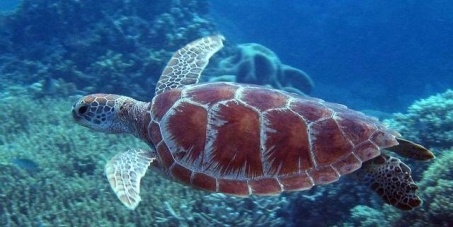 Save the Great Barrier Reef!

This petition is closed
50 Supporters
Shreyas I.
started this petition to
Tony Burke MP, Greg Hunt MP, Larissa Waters, Andrew Powell MP, Andrew Cripps MP, Jackie Trad MP
Anyone who has visited the Great Barrier Reef is left beyond a shadow of a doubt that it is a special place - an area of environmental beauty and diversity that has no parallel anywhere else on our planet.


However, it is little known that the World Heritage Status of this beautiful marine park is under threat. The powerful Australian mining sectors of Coal and Coal Seam Gas are expanding their operations in Queensland on an unprecedented scale.

The sector plans to service massive open cut mines by building/expanding huge industrial ports and shipping highways along the Queensland coast. In order to make way for these ports and highways, millions of cubic metres of sea floor within the marine park are being dredged, causing potentially irreversible environmental damage damage.

As if this isn't enough, shipping traffic through the area is set to increase at least threefold, significantly increasing the risk of serious ship spills.

The result of the sector's initial activities in Gladstone harbour have provided plenty of evidence of what is to come: widespread marine life contamination and deaths of many vulnerable turtles and dugongs.

The resulting devastation has been so alarming that in late 2011, UNESCO suggested that if the activities continued, the Reef would be in danger of losing its world heritage status.

There is only one course of action to stop this environmental crisis: stop the dredging in Gladstone Harbour and ensure that no more dredging of the reef is approved until a full risk assessment has been completed.

Please help petition the Australian and Queensland Governments to take action on this issue and stand up to protect a place that is an icon of our planet's natural beauty.

For more information, please take a look at and share this video:

Today: Shreyas I. is counting on you

Shreyas I. needs your help with "Save the Great Barrier Reef!". Join Shreyas I. and 38 supporters today