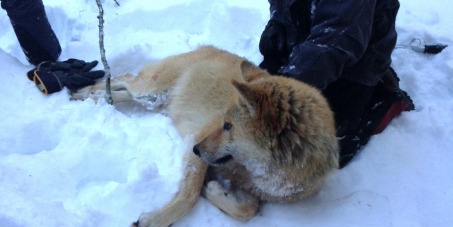 Save the Swedish wolf population

By continuing you agree to receive Avaaz emails. Our Privacy Policy will protect your data and explains how it can be used. You can unsubscribe at any time.
This petition has been created by Frida S. and may not represent the views of the Avaaz community.

Sign this petition
Frida S.
started this petition to
Lena Ek (minister),
Jenny Wik Karlsson (union lawyer),
Naturskyddsföreningen,
Maria Aagren (EPA),
Bo Kaellstrand (governor),
Birgitta Ohlsson,
Ruona Burman (viltsamordnare),
Naturvårdsverket
Susi, the female wolf whose genetics is very important for the Swedish wolf population, is once again threatened by death. Her life has been threatened several times before, but we´ve somehow managed to save her, every time! Let´s do it again!

The administrative court decided that there will be no hunt on Susi. Now the Sami has appealed against that decision and Susi is once again in danger.

Help us save Susi and the Swedish wolf population by signing this petition. Share it to your friends as well!
Report this as inappropriate
There was an error when submitting your files and/or report.
Inaccurate Inappropriate language Hate speech Illegal Commercial/spam Offensive
×