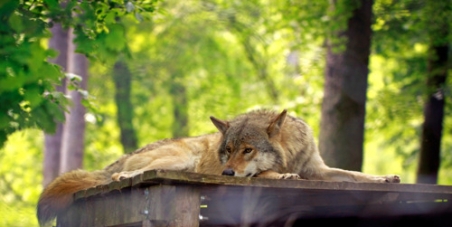 Save the Swedish wolves!

By continuing you agree to receive Avaaz emails. Our Privacy Policy will protect your data and explains how it can be used. You can unsubscribe at any time. If you are under 13 years of age in the USA or under 16 in the rest of the world, please get consent from a parent or guardian before proceeding.
This petition has been created by Sigrid S. and may not represent the views of the Avaaz community.
x

Sign this petition
Sigrid S.
started this petition to
Against all scientific research reports on the topic, including the Swedish government's own investigation earlier this year, the Swedish Minister of the Environment and Spatial Planning has proposed that the Swedish wolf population be reduced to 180 individuals, a decimation of the wolf population with about 40 per cent . A decimating license hunt might commence this winter.

This decision is in violation with the government's own agenda to improve the genetic status of the wolf population, as well as with the Habitat Directive’s rules on favourable conservation status. WWF Sweden, the Swedish Society for Nature Conservation and the Swedish Carnivore Assosiation all agree that a decimation of the population would "seriously endanger the population, in particular in a long-term perspective, due to higher vulnerability to diseases, poaching, traffic accidents, nativity variation and other random events" .

The decision was kept secret from the aforementioned organisations, as well as the Swedish Wolf Committee, until the public announcement was made by Swedish Environment Minister Lena Ek. We now want her to reconsider and heed the scientific reports on the future well-being of the Swedish (and by extension Scandinavian and Russian) wolf population.

Sign the petition to demand that Lena Ek act now , then forward this email to everyone. When we reach 50,000 signatures, Avaaz will deliver our call to her in Stockholm.

Today: Sigrid S. is counting on you

Sigrid S. needs your help with "Save the Swedish wolves!". Join Sigrid S. and 24,707 supporters today