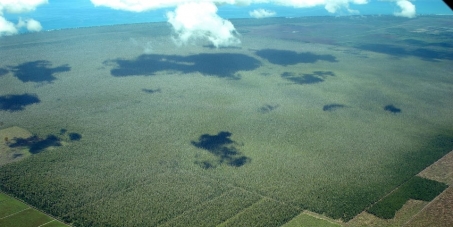 Save the Tripa Peat Swamps

By continuing you agree to receive Avaaz emails. Our Privacy Policy will protect your data and explains how it can be used. You can unsubscribe at any time.
This petition has been created by Martijn and may not represent the views of the Avaaz community.

Sign this petition
Martijn
started this petition to
Indonesia's secretary-general of the Ministry of Forestry, Hadi Daryanto
Late last month, another rash of peat forest in the area was burned and drained, prompting a coalition of environment groups to claim that, unless authorities stopped the illegal action, the local population of the Sumatran orangutan "could be extinct in a matter of months, even weeks if a prolonged dry spell were to set in" and fuel the fires.

Visit End Of The Icons

Environmentalists have largely focused on the plight of orangutans as fires burn in Aceh, Sumatra to clear rainforest for a hugely controversial palm oil plantation, however as the video above highlights, local people will also feel the impacts of the destruction of forest for palm oil.
Report this as inappropriate
There was an error when submitting your files and/or report.
Inaccurate Inappropriate language Hate speech Illegal Commercial/spam Offensive
×

Today: Martijn is counting on you

Martijn needs your help with "Save the Tripa Peat Swamps". Join Martijn and 490 supporters today