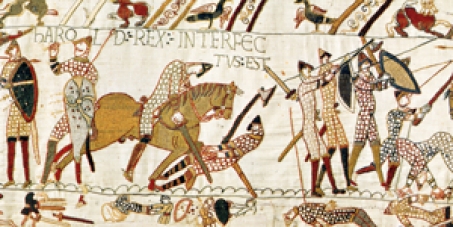 By continuing you agree to receive Avaaz emails. Our Privacy Policy will protect your data and explains how it can be used. You can unsubscribe at any time. If you are under 13 years of age in the USA or under 16 in the rest of the world, please get consent from a parent or guardian before proceeding.
This petition has been created by another Q. and may not represent the views of the Avaaz community.
x

After 26years historical research and two years archaeological research it has been found that the correct site of the battle of Hastings and the Norman Invasion was three miles nearer the coast than the previously thought traditional site. The new site is confirmed by evidence in the Bayeux Tapestry previously ignored by historians and authentic documents from the time of the battle. This unique valley which holds both the 1066 Battle and Invasion site is currently under threat from a road being promoted by the Local Authority who have not investigated the claim and do not intend to. The road must be stopped until these claims have been investigated by an independent battlefield archaeological team. Research information can be found at http://www.secretsofthenormaninvasion.wordpress.com Please share the link with your friends

Today: another Q. is counting on you

another Q. needs your help with "Save the site of the Battle of Hastings and Norman Invasion Sites". Join another Q. and 1,307 supporters today